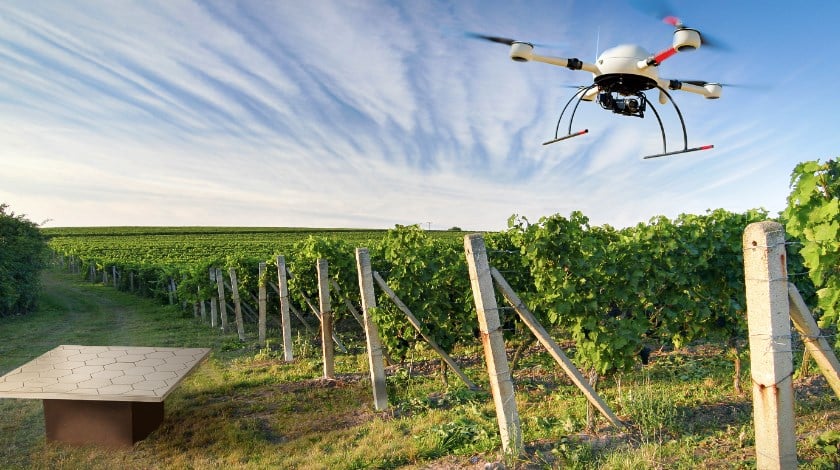 Drones are being seriously considered for use in a number of important applications from military functions, like bomb disposal, to energy applications, like remote pipeline monitoring and inspection.

But as the Federal government works to finalize rules on the use of drones in commercial applications, the drones are increasingly finding their way into more and more unusual settings – like the delivery of slurpees.

Convenience store operator, 7-Eleven is an unlikely participant in drone delivery operating at the bleeding edge of the space. The company has partnered with drone delivery service Flirtey and in November, the two companies completed 77 deliveries of items such as over the counter medicines and food items, both hot and cold. The service has only worked with about a dozen customers so far, so it is still very much in the testing stage, but it does represent an important step forward.

The 7-Eleven/Flirtey team also sets the stage for what may be the future model for drone interaction with consumers. Customers placed orders for a product via an app and then track progress of their delivery from the point when the drone is loaded to when it delivers its product.

The process also highlights the limitations of drones for a delivery model. Basic drones can’t carry much weight of course, and they still have to be loaded on the front end by a human being.

Perhaps even more importantly, the drone does not delivery the order to a person, nor does it even put it on the front step and ring the doorbell. Instead the drone hovers over its destination, and then drops the delivery in the customer’s yard.

The idea of Tylenol, candy bars, and Slurpees raining down on the yard may not seem appealing, but it does minimize the likelihood of damage to the drone from a rough landing, an overly eager dog, or a child enamored with a device flying out of the sky (of course if Fido would run over and grab a drone, it’s hard to imagine him not running over and grabbing a package of beef jerky for instance).

It is clear that there are still some issues to work out with drone delivery of any sort. Flirtey is not alone in working on this problem. UPS has begun testing drone delivery for hard to reach locations for instance. Amazon is getting into the act as well.

Perhaps the biggest problem for commercial use of drones at this stage is the restrictive U.S. regulations around their use. The FAA’s current rules are that commercial unmanned aerial vehicles must stay within a pilot’s line of sight and cannot fly directly over people. 7-Eleven complied with these rules by selecting only customers that live very close to a 7-Eleven store. Obviously, that is the population for whom drone deliveries are the least useful though.

More broadly, restrictive FAA regulations may impair the ability of drones to do high value tasks like truly autonomous monitoring of energy assets. High value work for drones also needs to include the ability to land though. For instance, a drone might be able to monitor a pipeline and then at a remote operator’s command, land on a particular portion of the pipeline and do a noninvasive test (e.g. eddy current, ultrasonic, etc) to assess structural integrity of the line. None of this is really feasible under current FAA rules and using current products on the market. Delivering Slurpees is though.

Drones have tremendous potential in many areas of the economy and energy in particular. So it is heartening to see private firms pushing the envelope.

2017 may well be the year that commercial users finally figure out how to put drones to economically efficient use – though it is doubtful that delivering junk food will be that use even if it is fun to see.