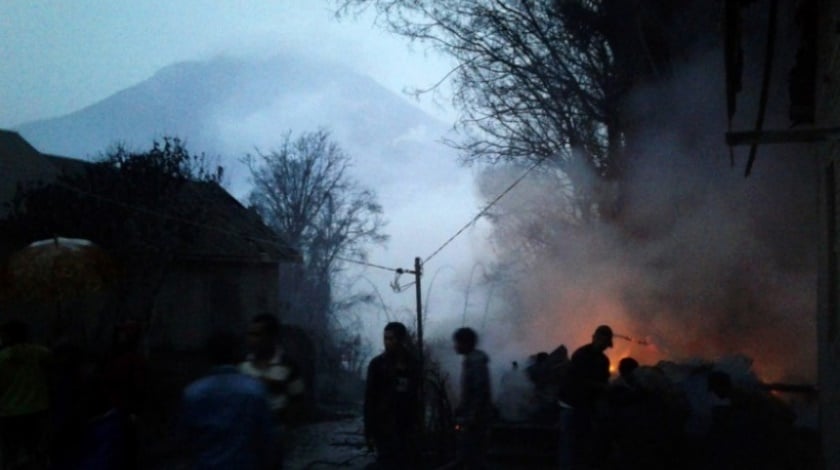 Eruptions at three volcanoes in Indonesia have darkened skies in parts of the archipelago and disrupted some flights.

Mount Rinjani in Lombok, West Nusa Tenggara, the Sinabung volcano in North Sumatra and Mount Gamalama in Ternate, North Maluku have all erupted in the past couple of days.

No one has been injured, but flights at two airports have been disrupted.

Sultan Babullah airport in Ternate was closed Wednesday and Lombok’s international airport was closed for several hours on Tuesday.

The three mountains are among about 130 active volcanoes in Indonesia. The archipelago of 250 million people is prone to earthquakes and volcanoes because it sits along the Pacific “Ring of Fire,” a string of faults that lines the Pacific Ocean.

Sutopo Purwo Nugroho, the spokesman for Indonesia’s Disaster Mitigation Agency, said that Gamalama and Sinabung erupted again late Tuesday, blasting debris high into the air. Hot ash tumbled down the Sinabung slopes as far as 2,000 meters southward into a river.

Nugroho said that farms and trees around the three volcanoes were covered in gray ash, but nearby towns and villages were not in danger.

More than 13,000 people have been evacuated due to volcanic eruptions since last year, mostly from around the slopes of Sinabung.