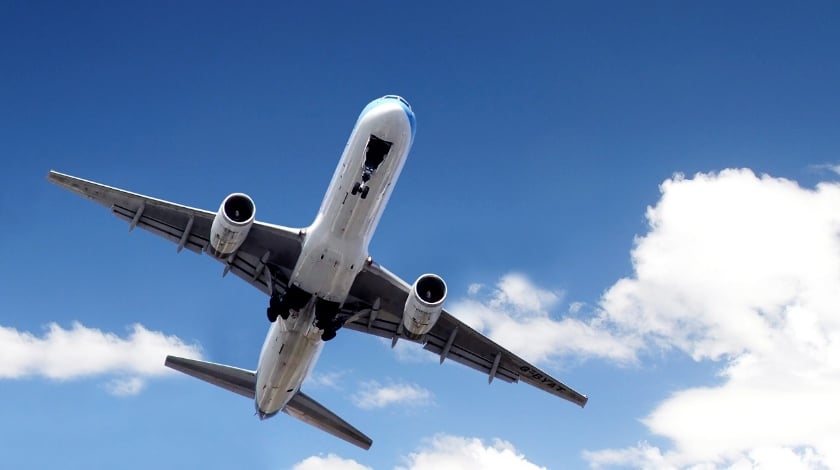 The growth of commercial air transportation has ushered in new trends in how people travel, and with it, new sub-industries have emerged. The airline transportation market is growing at an unprecedented rat. In 2016, for instance, airlines carried a 7% increase in passengers over 2015. With new passengers comes new demands. Because of this growth, new routes are rapidly opening and airports that were once considered only a secondary city are now becoming major hubs. And what seems to be emerging at the forefront of the new era in passenger growth is the introduction of narrow body aircraft on long haul routes.

How can Narrow Bodies fulfill this long-range requirement?

The two big players in the new era of narrow bodies for long-haul flights are the Airbus 321neoLR and the Boeing 737 MAX. “Their increased range and efficiency allows them to not only compete in a market once solely dominated by wide bodies but to also fulfill a niche that has clear demand,” says Gediminas Ziemelis, Chairman of the Board at Avia Solutions Group.

The A321LR is the newest entry into the Airbus 320 family and set to have the longest range on the A320 platform. This new generation in the A321 lineup benefits from a new engine option and utilizes the CFM International Leap-1A engines and three auxiliary fuel tanks. Additionally the A321LR has structural improvements in the wing to accommodate higher wing loading and in the landing gear for added support. This aircraft has a two-class 206 seat configuration and boasts a range of 7400 Km. Airbus is also looking into a lower density cabin to extend the range even further to 9300 Km.

The Boeing 737 MAX is the new, fourth generation 737 and offers the greatest range in its family thanks to innovative airframe modifications and the new CFM International LEAP-1B engines. The long range version of the 737 MAX will be able to travel 7400km with a passenger capacity of 150. Like its rival, the A321LR, it will primarily be designed for long haul routes.

“Previously only wide body aircraft could reach such long distances over 7200km but now narrow body aircraft can be competitive on these routes and the A321 and 737 MAX are the starters of this new era,” says Gediminas Ziemelis. But competition on existing routes is not the only purpose of these aircraft. Long distance travel today at its best is bearable but at its worst means long layovers and navigating through busy and unfamiliar airports. This is because hub to hub travel is necessary when transporting large amounts of passengers, as traditional long range wide body aircraft do. From the destination hub the passengers will then usually catch another flight if their final destination is to a secondary city. This new era of long range narrow body aircraft means that long haul flights can not only fly directly from a hub to a secondary city but also from secondary cities to other secondary cities. Because of the smaller seating capacity of these aircraft, they can also maintain profitability flying on niche routes and operating flights off peak hours.

Are Narrow Bodies the perfect solution?

Despite the clear advantages, narrow body aircraft have on some routes and the expected large-scale adoption of them there are still some potential challenges they face. Primarily the economy of scale is stacked against them. With only a small percentage increase in operating costs wide body aircraft can have a lower cost-per-seat while maintaining the payload ability for cargo revenue. But with larger capacity comes the increased risk of flying with a half empty aircraft. Narrow body aircraft however, have much less economical risk so they are in the unique position to open up new long-range routes.

Another factor in favor of narrow bodies is that even the highest capacity seating arrangement cannot compensate for better efficiency and performance. The new generation of efficient engines and the superior aerodynamic qualities of narrow body aircraft means that in some cases wide bodies are being outperformed. A recent study from Leeham news concludes the Boeing 737 Max will actually have lower cost per available seat mile (CASM) than the wide body 787-800.

The Siberian flight corridor is a complex topic in commercial aviation. As the shortest distance between Europe and Asia is through Siberia it is essential that flights be able to fly through Russian airspace unrestricted to have the shortest possible time en-route. 133 countries have signed The International Civil Aviation Organization Transit Agreement, which allows any airline to be able to fly through the signatories’ airspace unrestricted. Russia however, has not signed this agreement so they use their geopolitical position to pick and choose who can fly through their airspace. As it stands, they only allow one airline per European country to fly through their airspace, which was fine in the past, but as a result of the massive growth of the airline industries many newer airlines are trying to get permission. One such airline is the budget operator Norwegian. Because another airline from Norway, SAS, already has permission to fly Norwegian has been unsuccessful in attempts to negotiate an agreement with Russia. They are not the only carrier facing this problem either, as more and more budget airlines are acquiring long range narrow body aircraft they are looking to expand their routes to the far east. So far no new European carrier has been successful in its negotiations but as pressure from the airlines build there might be changes to the access of Siberian airspace in the near future with fleets of narrow body aircraft ready to pave the way.

The key to successful airlines is their ability to capitalize on routes and create a valuable travel experience for passengers to maintain profitability. Competition between the airlines is at an all-time high, and when the competition is tough in the end the consumer wins. In order to find an edge amongst their competitors airlines look for a competitive advantage. And in this new era of competition a new era of aircraft is opening up new pathways in the sky that before, would likely not have been profitable. “While narrow body long haul aircraft are already displacing some of the much larger aircraft on previous routes there is no question that they are also set to conquer new territory in the sky by removing the previous limitation of utilization of existing long haul fleets,” concludes Gediminas Ziemelis.