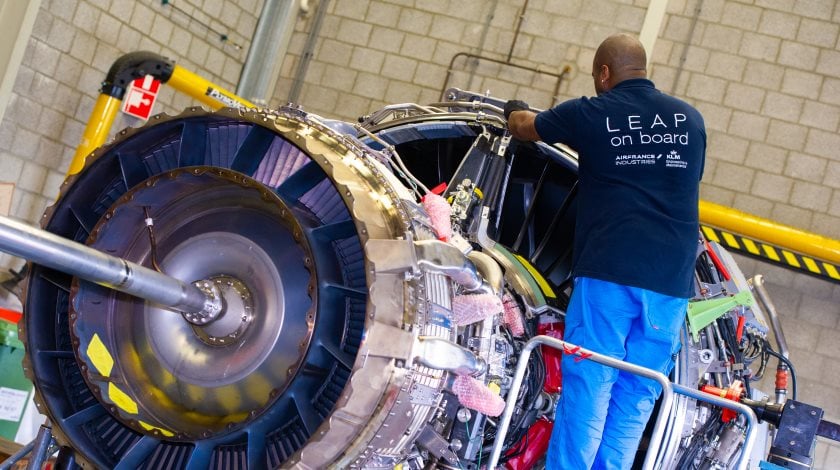 AFI KLM E&M received approval from the Federal Aviation Authority on 28 May, clearing it to carry out on-wing/on site work on LEAP-type engines from today. The MRO Group has thus passed a new milestone in the industrialization and marketing of its maintenance services dedicated to the new-generation powerplant.

Along with the European Air Safety Agency (EASA), the FAA is one of the world’s most important bodies responsible for civil aviation.

After gaining approval from the European body, AFI KLM E&M has been granted that of the FAA and is accordingly continuing to ramp up its LEAP industrialization program. The Group is now also able to offer its services to North American airlines operating the new-generation engine.

One of the first MRO services suppliers to support LEAP operators worldwide, AFI KLM E&M is already meeting the needs of its customers in carrying out the first wing/on site work on LEAP-1A and LEAP-1B engines. The scope of that work may include engine build-up services, borescope inspections, or changing Line Replaceable Units (LRU).

AFI KLM E&M is now approved to offer its services to all operators of the LEAP-1A and LEAP-1B engines equipping the Airbus A320neo and Boeing 737 MAX worldwide.

The Air France KLM Group is already providing initial LEAP support for operators, and in particular has successfully carried out an engine build-up workscope for TUI Group, chalking up experience prior to carrying out more complex workscopes, especially Quick Turn operations.”