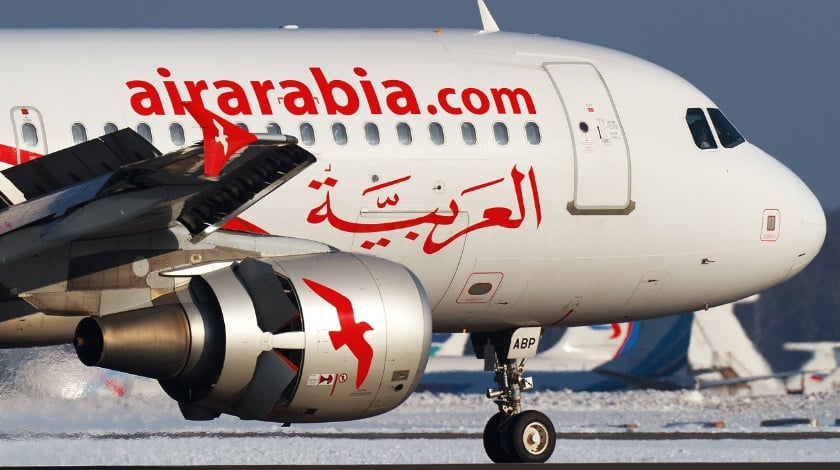 On the back of what its CEO calls “an interesting year,” Air Arabia, the UAE’s only publicly listed airline, recorded a four percent drop in net profits during 2016.

It’s a remarkably better result than any of the country’s other airlines that have announced their results, making Sharjah’s low cost carrier, arguably, the UAE’s best performing airline and certainly its most resilient. Adel Ali didn’t expect for things to turn out this way, but he’s not surprised either.

“Low cost tends to do better when times are tough, because of the base it operates from,” says Ali, who has led Air Arabia since 2003. “The first part of the year was very strong, up till the summer. It was the last quarter where we experienced the impact of market forces. Still, our earnings per share in 2015 was 11 fils (AED 0.11), and that remained unchanged this year. The board and I were pleased with the result,” he says.

“We weather the storm better because we don’t believe in keeping around fat to trim later.”

Excess capacity, threats of protectionism, as well as economic and political concerns have created a perfect storm of sorts in 2016 that has continued in 2017–Aviation Business’ cover story last month discussed the various challenges facing the industry in detail.

The Middle East has been hit particularly hard, says Ali. “Yes there is an overcapacity in the system. But that isn’t the only reason profits are down. The airline industry is a dollar based business, and the currencies in Europe, the UK and Russia have all fallen by double digits. The Egyptian pound, for instance, is now half what it used to be. Then there are low oil prices, which are just like blood pressure; high is bad, low is bad. And our region is still very much linked to the oil economy.”

When I met Ali after the company announced its annual results this year, he was in high spirits and settling into a new office. It might have seemed odd timing; most airlines in the region are looking for ways to cut costs; some have signalled retrenchment by laying off staff.

But Air Arabia is a different breed of carrier, says Ali. “Why hire staff you’re going to have let go later in the first place?” he says rhetorically.

Air Arabia’s offices, too, buck the trend by foregoing the swank other regional airlines have grown used to surrounding themselves with. “They are smaller compared to others in the business. They also cost less than an engine, in fact, but help keep the employees happy.”

At the end of the day, Air Arabia is low cost, says Ali. “We weather the storm better because we don’t believe in keeping around fat to trim later,” he says.

However, a new generation of airlines thretens to derail Air Arabia’s resilience.