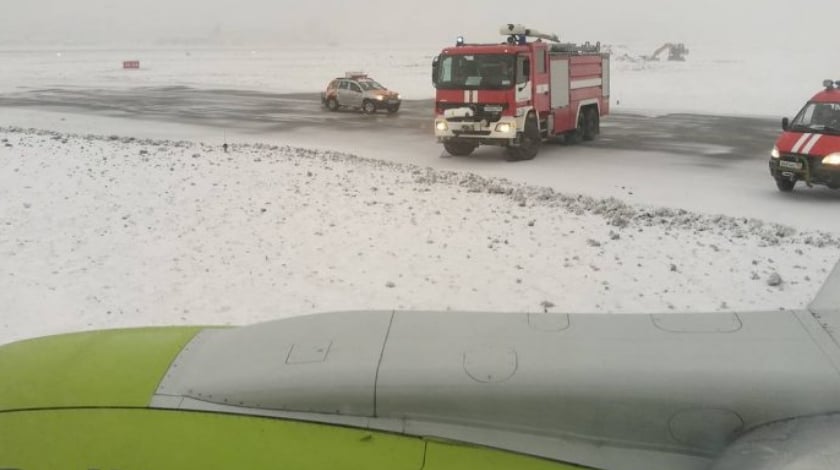 Air Baltic Boeing 737-500, performing flight from Riga to Moscow Sheremetyevo with 52 people on board, landed safely and rolled out without incident.

Upon vacating the runway to the right onto taxiway 13, at about midpoint of the runway, the aircraft missed the taxiway entry, stopped with the nose gear on soft ground and was disabled clear of the right hand runway edge but still within the runway protected area. The crew reported they had missed the taxiway entry, ATC instructed they should try to continue taxi, the crew advised they were not able to taxi on own power anymore.

Another aircraft on short final to runway 06L, an Aeroflot Boeing 737-800 performing flight from Ekaterinburg to Moscow Sheremetyevo, had already been cleared to land, continued the landing and was able to stop short of taxiway 13. ATC subsequently instructed the aircraft to vacate via taxiway 14 further down the runway advising the next taxiway 13 was occupied.

Runway 06L/24R was closed and is estimated to remain closed until evening, the airport switched to single runway operation using runway 06R only.

The airport reported the aircraft skidded onto soft ground while turning off the runway, the nose gear went about 5 meters off the paved surface of the taxiway.