Air Canada Airbus A330 Rejects Takeoff Due to Wheel Separation 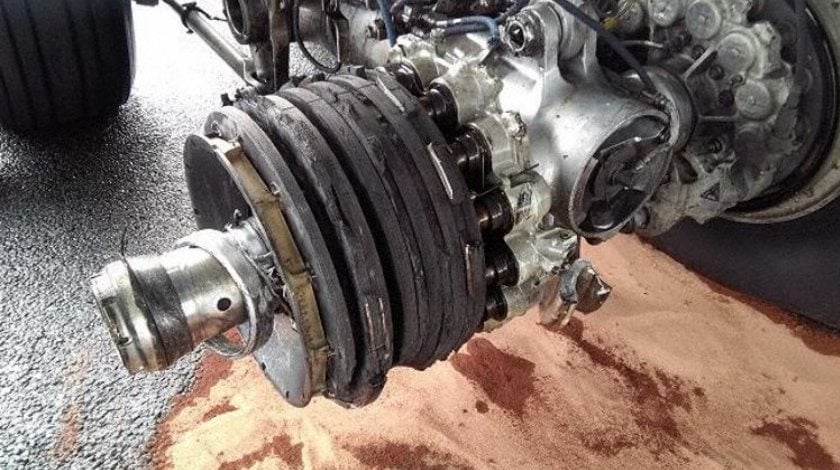 An Air Canada Airbus A330, performing flight from Brussels to Montreal with 179 passengers, was accelerating for takeoff when the crew rejected takeoff at high speed.

The aircraft slowed safely and vacated the runway via taxiway C1 about 2200 meters down the runway before becoming disabled after a number of right hand main tyres deflated.

The airline reported the aircraft sustained damage to its wheels when it rejected takeoff.

On Feb 7th 2017 the Canadian TSB reported the crew heard a loud bang and received a BRAKE ECAM message, rejected takeoff at 82 KIAS, declared PAN. Deceleration did not occur as expected due to one thrust reverser not deploying as result of the loss of green hydraulic system. The aircraft vacated the runway via taxiway C1. Debris was found scattered along the full length of the runway including intersection with runway 01, the forward outboard right hand main wheel had failed and separated. There was damage to the #1 engine nose cowl, the right hand main wheel bogie needs to be replaced.

On Feb 10th 2017 the Belgium AIB reported the crew rejected takeoff at 82 KIAS after a loud bang was heard and an ECAM Brakes warning activated. The deceleration did not occur as expected due to the right hand thrust reverser not deploying as result of the failure of the green hydraulic system. The forward outboard right hand wheel had separated. The occurrence happened shortly before another aircraft, a KLM aircraft diverting from Amsterdam to Brussels due to weather conditions in Amsterdam, declared PAN PAN due to being short on fuel. The occurrence was rated a serious incident and is being investigated by Belgium’s AIB.

On Feb 5th 2018 the Belgian AIB released their interim report stating that the outboard roller bearing of wheel #4 had failed. The AIB wrote:

The forward right wheel of the RH Main landing gear was missing, remained only the axle and the brake. A separated half of a half wheel rim was still present. The hydraulic lines were cut, and fluid was leaking.

The first part found on the ground was the axle cover. It was found on taxiway Zulu, more or less at the same point the airplane was taxiing when smoke was first spotted. (turn between OUT 10 and Zoulou).

Small parts, including some coming from the bearing (rollers,..) were found on Runway 07R, from the start of the runway up to H. From that point, further towards the half length of the runway, bigger parts were found, including a half wheel rim between intersection C3 and C2.

The tyre was found nearly intact in the grass located right side of runway 01 north of F2.

The AIB reported the crew noticed that they had to apply more power than usual for line up, however, the terrain is uphill. During the takeoff run between 60 and 100 knots the crew heard a loud bang and immediately after released an ECAM warning “brake release”, the captain ordered to reject takeoff. The braking was not as effective as expected, the crew deployed the thrust reversers, the right hand thrust reverser did not deploy.