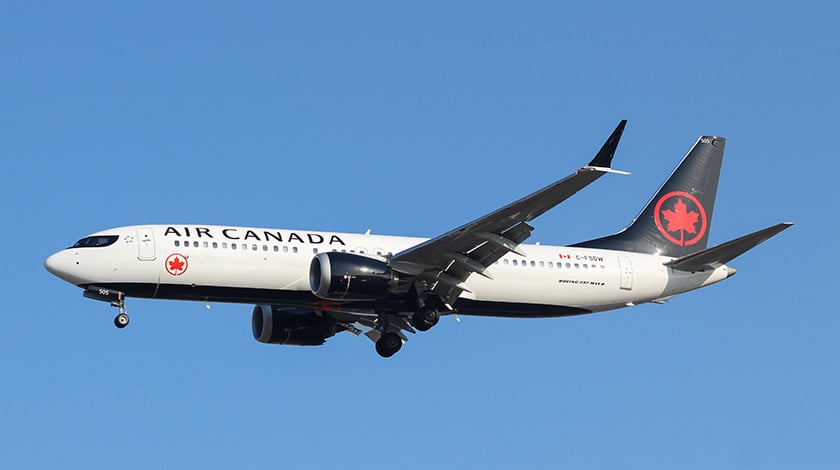 According to RadarBox.com, the first flight after the grounding was conducted between Montréal–Trudeau International Airport (YUL) and Toronto-Pearson (YYZ). The other planned routes are Toronto and: Halifax, Montreal, Ottawa, Edmonton, Winnipeg.

“We are very confident the nearly two-year regulatory process undertaken by Transport Canada and other regulators worldwide ensures the utmost safety of the Boeing 737 MAX fleet from nose to tail, and from wing to wing. As part of Air Canada’s multi-layered approach to reinforcing and enhancing safety, our internal experts have also worked with independent specialists to conduct assessments of the aircraft and our operating procedures,” said Captain Murray Strom, Vice President, Flight Operations at Air Canada in a statement in January.

Air Canada, which has 24 Boeing 737 MAX 8s in its fleet, admits that before it returned the type to service, the crew had gone through over 40 hours of computer-based training and six simulator sessions, taking about 24 hours in total.

In addition to taking the mandatory steps required to bring Boeing 737 MAX back to schedules, the carrier has installed a second Heads Up Display (HUD). It further improves flight safety and pilot awareness, giving the display access to both the First Officer and the captain. The airline states this novelty is the most significant safety enhancement in aviation over the past 20 years.