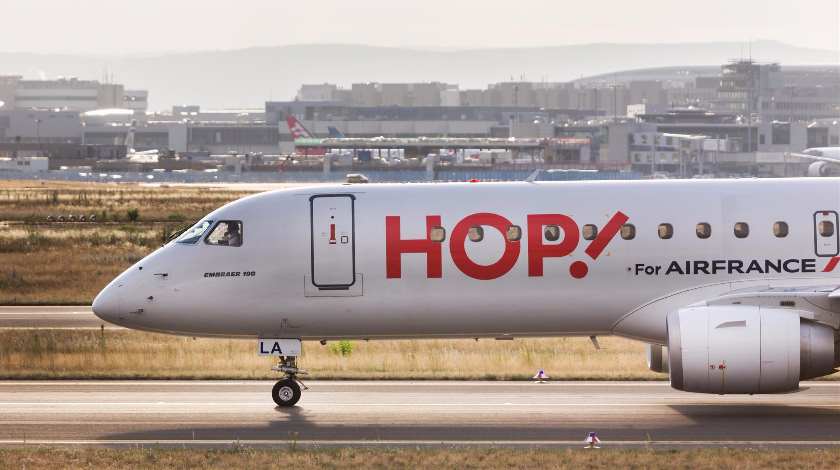 Air France, the French flag carrier and a subsidiary of the Air France–KLM Group, has announced rebranding its HOP! brand under which regional flights connecting France to Europe are operated. From now on, HOP! becomes Air France HOP.

The airline revealed that such a change is expected to help airline’s customers “link the regional flight offer more clearly to the Air France brand, and strengthens it by making it the sole point of reference for customers wishing to travel on the French flag carrier”.

HOP! was created to better compete with the low-cost airlines which have taken a significant market share of Air France’s regional routes. However, the experience of an airline showed that the HOP! brand was referred to Air France not clearly enough, thus rebranding comes as a “process of simplifying Air France-KLM’s brand portfolio“.

“In the face of competition in this [regional] market, we must make our offer clearer and link it more closely to the values and strengths of the Air France brand,” said Benjamin Smith, Air France-KLM Group CEO.

In January, Air France announced about closing Joon and integrating it into Air France.

The Air France-KLM group relies on two strong brands, Air France and KLM, which both have regional variations with Air France HOP and KLM Cityhopper, and offers its customers low-cost services with the Transavia brand, present in France and the Netherlands.