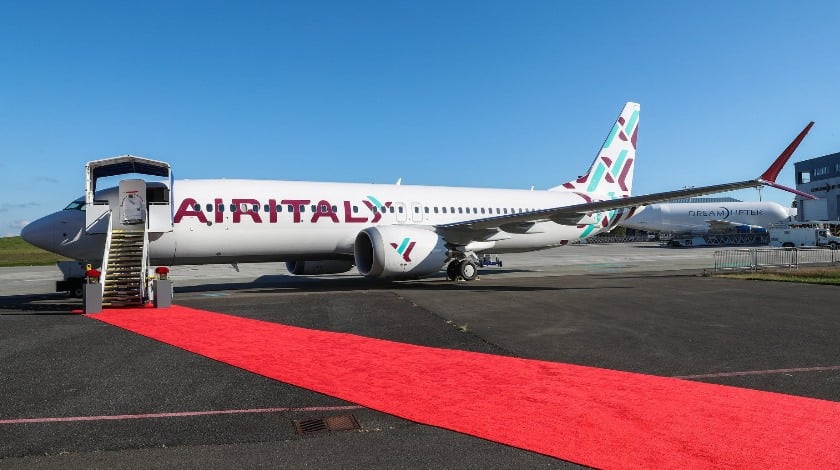 Air Italy unveiled its long awaited first Boeing 737 MAX in striking new livery at the Boeing Everett Delivery Centre in Seattle, in front of a crowd of VIP dignitaries and guests, including His Highness Prince Rahim Aga Khan, alongside international media.

The aircraft, the first of approximately 50 new aircraft to be added to the Air Italy fleet by 2022, is the first of 20 brand new Boeing 737 MAX aircraft that will join the airline over the next three years.

During a press conference held prior to the delivery ceremony, His Excellency Mr. Akbar Al Baker, Group Chief Executive of Qatar Airways; Mr. Marco Rigotti, Chairman of Alisarda and AQA Holding; Mr. Sultan Allana of Alisarda and AKFED; and Mr. Francesco Violante, Chairman of Air Italy, spoke of Air Italy’s future focus on the passenger experience as it strives to become Italy’s first carrier of choice.

Qatar Airways Group Chief Executive, His Excellency Mr. Akbar Al Baker, commented: “I am delighted to be at the Boeing Everett Delivery Centre today in Seattle to mark yet another landmark event, the delivery of Air Italy’s first new Boeing 737 MAX aircraft in striking new livery, first presented in Milan in February this year.

To see the aircraft here for the first time, it truly brings to life the next exciting chapter for Italy’s future carrier of choice, providing the people of Italy with the sophisticated travel experience that they deserve.”

Chairman of Alisarda, Mr. Marco Rigotti, said: “This first Boeing B737 MAX will offer our customers a journey in true Italian style. While seated in this comfortable and stylish aircraft, flying from Milan onwards to our domestic network of popular destinations such as Taormina in Sicily, the Emerald Coast in Sardinia, Rome, Sorrento and Capri or the pristine landscape in Calabria, we want our passengers to sense the beauty of Italy and warm welcome they will receive upon landing.”

Air Italy will also receive five Airbus A330-200 aircraft this year from the Qatar Airways’ fleet, prior to these being further replaced by Boeing 787-8 Dreamliner aircraft. Qatar Airways previously strengthened its commitment to Air Italy in 2017 with the acquisition of 49 per cent of AQA Holding, the new parent company of Air Italy, while the previous sole shareholder Alisarda kept 51 per cent.

Further plans also include strengthening the short-range network to improve connectivity and launching the first long-range destination from Rome Fiumicino in 2019. Air Italy aims to fly more than 50 year-round routes by 2022. 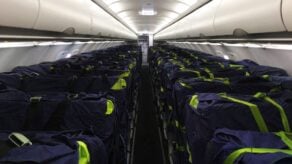