airBaltic – Growth and Profit in 2016 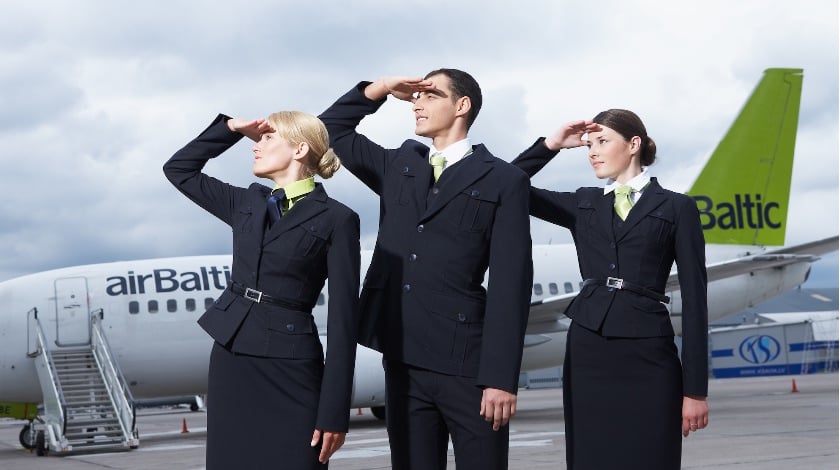 The Latvian airline airBaltic has achieved its first year of growth after the successful turnaround period, and demonstrated positive results, both on EBIT and net income.

“After an intensive period of turnaround airBaltic is back on a profitable growth path and able to offer lower prices and more destinations with our brand new aircraft”, says Martin Gauss, Chief Executive Officer and the Chairman of the Board at airBaltic.

In 2016, airBaltic maintained its revenues at the level of the previous business year, and improved its operational result (EBIT) by 13 mEUR, compared to a year earlier, to the level of 3.4 mEUR. The net income reached 1,2 mEUR. airBaltic revenues were influenced by declining yields, at the same time airBaltic increased its passenger numbers by 10% to almost 3 million travelers. The total number of flights in 2016 was 44 thousand, up from 43 thousand in 2015.

airBaltic is the launch operator of the Bombardier CS300 aircraft. The first two aircraft arrived in Riga in late 2016.

“By the end of 2019,” Martin Gauss concludes, “we will have 20 Bombardier CS300. With an average jet fleet age of only 2 years, airBaltic as an all-Bombardier operator will have one of the youngest jet fleets in Europe.”

airBaltic is well positioned as a hybrid low cost carrier to continue its success in the very competitive European air transport market. Its increased capacity, efficient aircraft and low cost base will enable airBaltic to continue expansion as the No 1 Baltic carrier. The company will be recruiting around 200 new employees by the end of 2018.

airBaltic serves over 60 destinations from its home base in Riga, Latvia. From every one of these locations, airBaltic offers convenient connections via Riga to its network spanning Europe, Scandinavia, CIS and the Middle East. In addition, airBaltic also offers new direct flights from Tallinn and Vilnius.