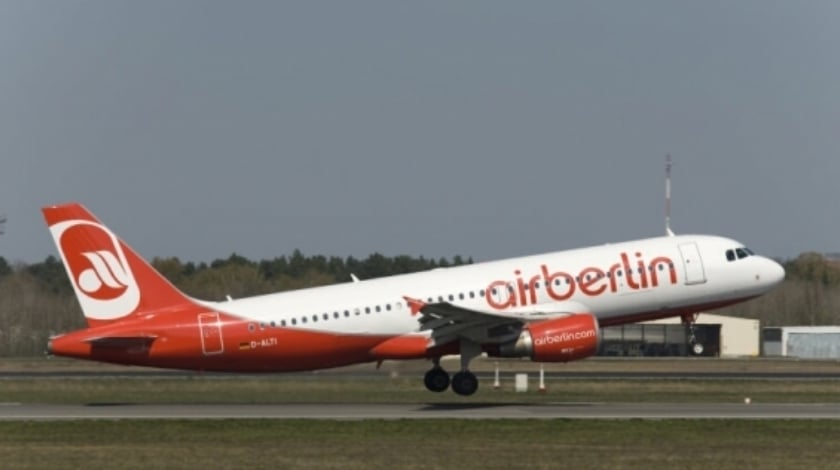 Airberlin said the 1Q results were heavily influenced by the “lengthy and detrimental codeshare debate” with equity partner Abu Dhabi-based Etihad Airways, which has a 29.21% stake in airberlin.

“The protracted and damaging dispute over codeshare flights had a negative impact on our earnings in the first quarter 2016 … this debate resulted in a significant loss of revenue and the market has taken months to regain confidence,” airberlin CEO Stefan Pichler added.

“The underlying fundamentals of our business are moving in the right direction, and we will see greater improvements in 2016, particularly in the second half of the year,” Pichler said in a statement. “We also expect positive earnings effects from fuel and foreign exchange in an annual amount of approximately €250 million, as our hedging positions from prior periods expire.”

The oneworld member said terrorism and overall geopolitical volatility continue to affect European aviation, manifesting a general downward trend in the tourism sector, especially to destinations in Egypt and Turkey.

“We will do everything possible to improve our cost structure. The underlying fundamentals of our business are moving in the right direction and we have the support of our major shareholder Etihad Airways,” Pichler said.

He added: “We aim to establish airberlin as a network carrier in the market. This includes expanding the transatlantic flights between Germany and the US to include new destinations such as Boston and San Francisco starting in May 2016.”