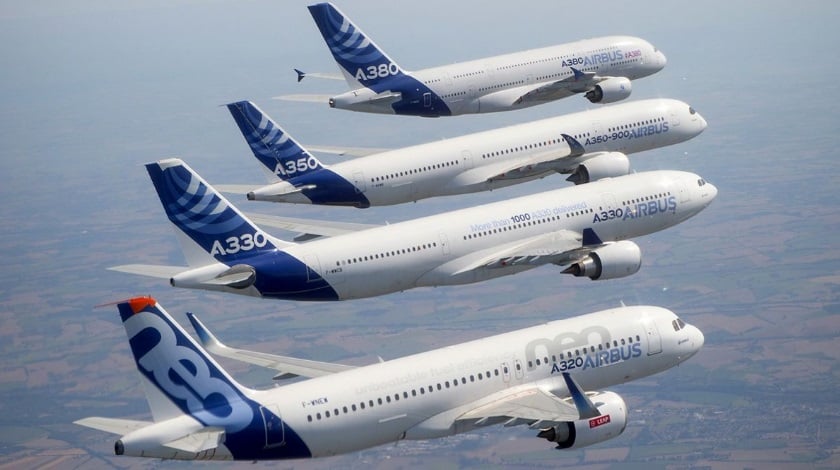 Airbus’ Commercial Aircraft deliveries in 2017 were up for the 15th year in a row, reaching a new company record of 718 aircraft delivered to 85 customers. Deliveries were more than four percent higher than the previous record of 688 set in 2016.

Fabrice Brégier, Airbus Chief Operating Officer and President Commercial Aircraft commented: “A new Airbus delivery record coupled with our fourth best order intake wraps up a remarkable year for us. This outstanding achievement is testimony to the dedication of all our teams, and makes the company fitter, stronger and ready for the opportunities ahead.”

With this year’s performance Airbus has steadily built on deliveries year on year – with 15 consecutive years of production increase. From its four A320 Family plants in Hamburg, Tianjin, Mobile, and Toulouse, Airbus is on track to achieve rate 60 per month on single-aisle by mid-2019. Meanwhile, the A350 XWB is equally on track for rate 10 by the end 2018. Airbus’ healthy order intake in 2017 resulted in a ‘book-to-bill’ ratio of 1.5.

There were many industrial milestones achieved by Airbus Commercial Aircraft in 2017, which included: delivery of the 100th A350 XWB; the delivery of the 50th A320 Family aircraft from our FAL in Mobile; delivery of Emirates’ 100th A380; first flight of the A330neo; certification of the A350-1000; first A321neos delivered with CFM and P&W engines; inauguration of the new A330 Completion and Delivery Centre in Tianjin, China, with two first deliveries; and structural completion of the first Beluga XL.

On internationalisation, our partnership with China is expanding while our Americas footprint is equally extended. Moreover, in the provision of Services worldwide Airbus is significantly enhancing its local presence to be closer to its customers.