Airbus Could Be Squeezing in More Seats Onto Its A380 Jets 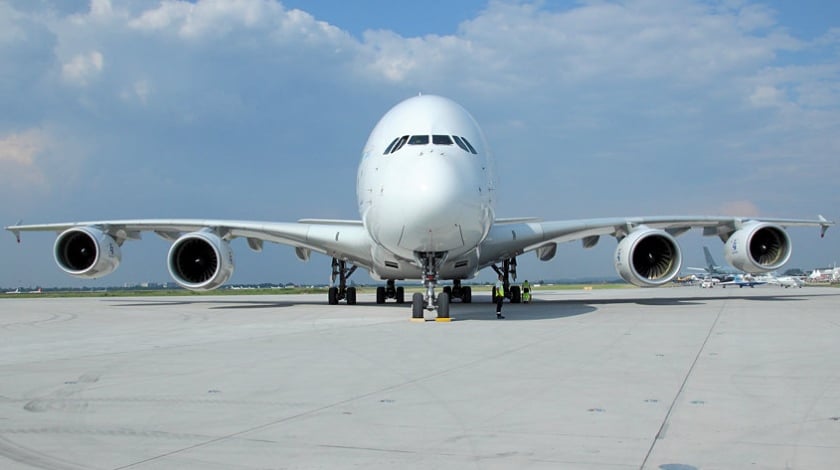 AIRBUS could be making a controversial change to the biggest passenger jet in the world — and you might not like it.

The European aircraft manufacturer is looking to squeeze in an extra economy seat in each row on its A380 jumbo jets, bumping the total number of seats from 10 across to 11.

This means A380 passengers would be seated in a three-five-three setting, rather than the current three-four-three setting — effectively creating a middle seat, which is bound to become the most loathed seat in the cabin.

Under the proposed new arrangements, whoever is sitting in the middle of the middle row would be sandwiched between two lots of two passengers, making it even more difficult to shuffle past seats or talk to the flight crew.

Airbus discussed the design plan at the ILA Berlin Air Show this week. And the move would be a no-brainer for Airbus, which stands to raise $32 million by adding the extra seats to its double-decker A380s.

But at a time when passenger seats appear to be shrinking to cram in more seats, Airbus insists there will be no compromise to the seat width, which will remain 46cm — fairly generous compared to budget airlines.

It’s not the first time Airbus has flagged its 11-abreast seating plan but it has been suggested the latest attempt is to attract new business to the floundering A380 program.

Airbus is also looking at tinkering with premium economy and business class sections in order to squeeze in more seats.

It has proposed moving premium economy from the lower deck to the upper deck, a move that could create room for 18 more seats. And getting rid of sidewall stowage on the top deck could accommodate 10 more fully-reclining seats in business class.

New stairs and a redesign of the crew rest area — a part of aircraft rarely seen by passengers — could also help create more space for passenger seats.

There are more than 170 Airbus A380s in operation by 13 airlines, most notably Emirates, Qantas, Singapore Airlines, Etihad and British Airways.

The largest passenger jet in the world, the A380 is a double-decker jet that has four cabin classes: economy, premium economy, business and first-class.

Singapore Airlines took delivery of the first A380 in 2007 and used it for its Singapore to Sydney service. Last year, an A380 was used by Emirates to set the record for the world’s longest flight — Dubai to Auckland in 17 hours and 15 minutes.

But no matter what airline or aircraft you’re flying with, here are some tips for avoiding the dreaded middle seat.