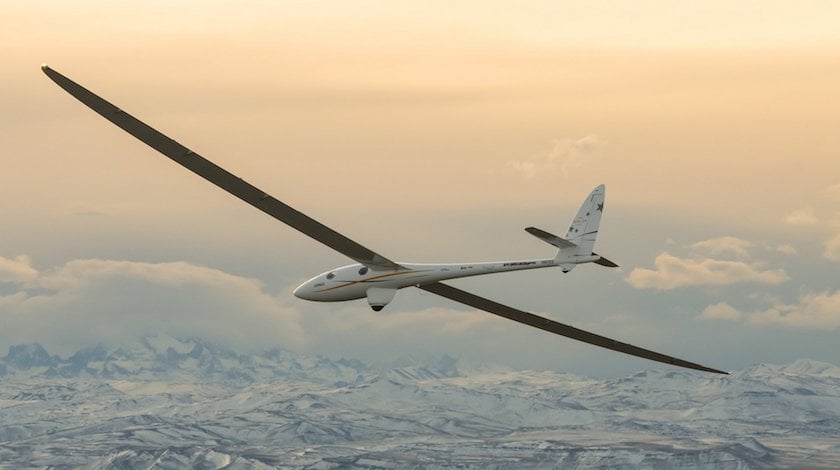 For the third time in a week, Airbus Perlan Mission II has set a new world altitude record for a glider, this time soaring the engineless Perlan 2 to 76,124 feet, in the process collecting vital data on flight performance, weather and the atmosphere.

The U-2 is powered by an engine that generates 17,000 lbs. of thrust. By contrast, the Perlan 2 is engineless, weighs just 1,500 pounds, and soars to its record altitudes on rare stratospheric air currents formed by mountain winds combining with the Polar Vortex.

“By exploring an underexplored part of the atmosphere, Perlan is teaching us about efficient high-altitude flight, about detecting natural sources of lift and avoiding turbulence, and even about the viability of wing-borne exploration of Mars.

As a company that makes not just airliners but also high-altitude unmanned aerial vehicles such as Zephyr as well as the Mars rover robotic vehicle, every Perlan flight is an investment in our future,” said Tom Enders, Airbus CEO

The overall altitude record for level flight of a manned airplane is held by the SR-71 Blackbird at 85,069 feet. The pressurized Perlan 2 glider is designed to fly to 90,000 feet, conditions permitting.

Airbus Perlan Mission II will continue its 2018 flying season through mid-September, when the season for stratospheric mountain waves in the southern hemisphere begins to die down, and the all-volunteer Perlan Project team will return from Patagonia to homes in the U.S. and around the world. The number of flights remaining will be determined by weather conditions.