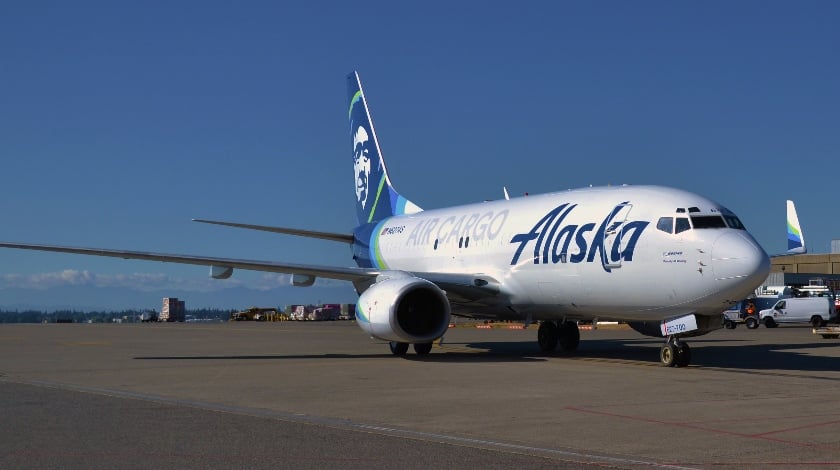 “This one-of-a-kind aircraft marks the beginning of a new era at Alaska Airlines,” said Wayne Newton, Alaska Airlines vice president of airport operations and customer service. “With an all-freight fleet, our cargo business is now a stand-alone operation, allowing us to better focus on the needs of our cargo customers.”

The aircraft was converted over 19 months in Tel Aviv by Israel Aerospace Industries. Alaska pilots flew the converted plane from Tel Aviv to Belfast, Ireland on Sept. 6. From there, the plane touched down on U.S. soil in Bangor, Maine and continued on to Greensboro, North Carolina, for scheduled maintenance. The aircraft was painted in Victorville, California before arriving in Seattle.

“Now we can move more freight than ever before, and optimize schedules to meet the needs of our cargo partners.”

Initially, the new fleet of all-freight aircraft will primarily serve the state of Alaska, and provide regular, scheduled service to 17 communities across the state. Independent of Alaska Airlines’ passenger operation, Alaska Air Cargo will provide more scheduled freight service than any other carrier in the state, and connect customers to 100 destinations across the airline’s route network.

Nonstop range of 3,200 miles
Maximum net payload of 42,000 pounds
Though smaller in size, the 737-700 freighter can carry 10,000 more pounds of cargo per plane compared to Alaska’s current 737-400 freighter.
The registered tail number for Alaska’s converted freighter is N627AS; aircraft N626AS and N625AS are currently undergoing the conversion process in Tel Aviv.

Alaska Air Cargo transports more than 170 million pounds of cargo annually—including seafood, mail and freight —and operates the most extensive air cargo operation on the U.S. West Coast of any passenger airline.