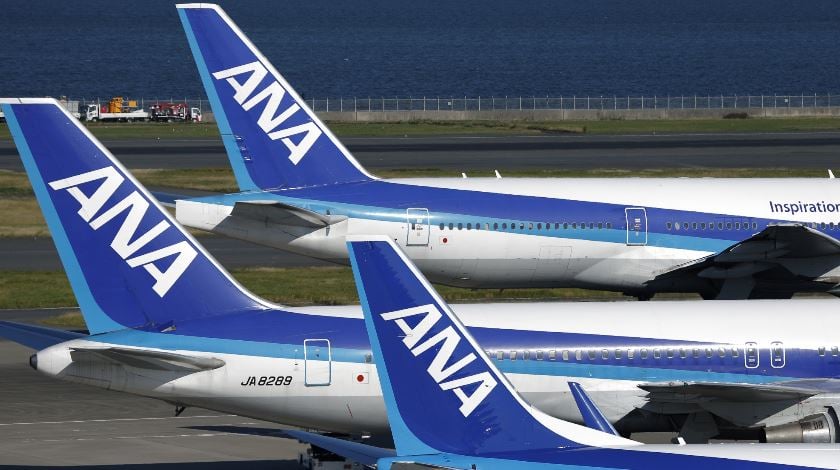 The aircraft was handed over in Hamburg, Germany on December 15, and ANA is scheduled to begin operating it on short-haul international routes such as routes to China, from mid-January1.

Compared to its predecessor the A320ceo (current engine option), the A320neo achieves 15% better fuel efficiency and has a maximum range approximately 7% longer2, while also possessing extensive interior space and sufficient cargo capacity for a small aircraft.

In March 2014, ANA HOLDINGS placed orders for seven A320neo aircraft to serve as a foundation for further growth on international routes, and all of these orders are scheduled to be delivered by the end of FY2018.

The company has also ordered a number of other aircraft from Airbus: four of the A321ceo, 26 of the A321neo and 3 of the A380. ANA has already deployed the A321ceo aircraft on Japan domestic routes in November.

ANA has outfitted its A320neo for international routes, with eight seats in Business Class and 138 in Economy Class. Business Class is equipped with motorized reclining seats, while both cabins have access to ANA’s new on-board entertainment system “Rave” with improved controls using touch screen monitors, as well as “ANA Wi-Fi Service 2” with free access to live television and e-books3. As a result, ANA’s A320neo provides the comforts of larger aircraft despite its compact size.