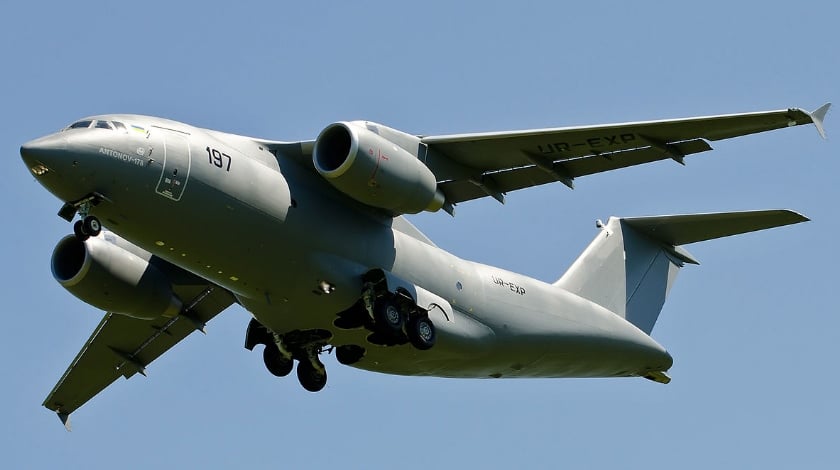 Ukrainian state-owned airframer Antonov plans to assemble at least 70 aircraft within the next five years. The manufacturer’s marketing plan is based on “forecasts and assessments by experts and leading companies”, parent company Ukroboronprom says in a statement.

Out of this number, Antonov expects to build 20 examples of the new An-178 transport which is still under development. These airliners are destined for customers in the CIS, Asia (including Turkey), and Africa.

Last year, when appealing to the Ukrainian authorities for financial support, the manufacturer stressed that government funding would enable it to build An-178s at a rate of up to six airframes per year. In the first four years of series production (from 2018 to 2021), the company said, it would assemble 18 such aircraft.

The airframer has orders for 10 An-178s from Azeri cargo carrier Silk Way Airlines; for 12 from China’s A-Star; and for a further 25 from Hong Kong Leyuan Communication Technology Investments Group.

In June this year Antonov CEO Oleksandr Kotsyuba announced that the company would build 20 An-132 turboprops in the next few years. The design is a derivative of the An-32 transport aircraft under development for the manufacturer’s Saudi partners.

Last year the company announced it was planning to assemble six An-132s annually, and to deliver 18 of the type to customers between 2018 and 2021.

Commenting on the OEM’s plans, Ukroboronprom specifically pointed out that the company is “eager to return to the competitive market of regional passenger aircraft.” Antonov offers two types in this segment, the An-148 and the An-158.

Since 2011, the Ukrainian manufacturer has built four An-148s and six An-158s. Deliveries of these aircraft were completed in 2015. After the company stopped using Russian-sourced components, it had to suspend production in order to seek alternative parts sources.

Should Antonov secure the requisite state support, it is believed the company will implement its plan to create production capabilities for an annual output of 24 An-148/158s. The overall production plan for 2018-2021 calls for building 60 such aircraft.