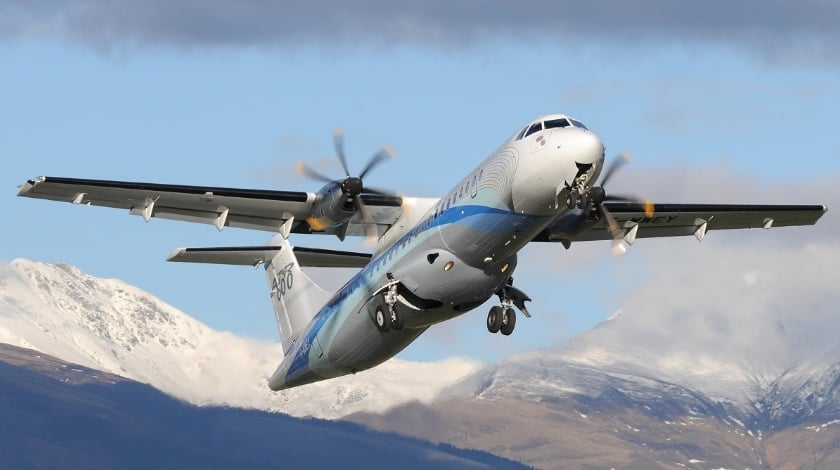 The large-turboprop market is essentially a duopoly between Toulouse-based ATR and Canadian manufacturer Bombardier, but unlike the seesaw competition between Airbus and Boeing, it is one in which the European manufacturer has a clear advantage.

ATR, jointly owned by Airbus and Leonardo of Italy, has a backlog of 250 aircraft—mostly for the 68-78-seat ATR 72-600, while Bombardier has only 31 orders left to fulfill for its slightly larger Q400 turboprop.

Some of the ATR 72’s surge in popularity is attributable to lessors, which hadn’t placed any orders for the type until 2010 but now own a quarter of the global fleet. The largest is Nordic Aviation Capital, with roughly 130 ATR 72s. So important has this market become to ATR that in June it created a new business unit to support lessors’ placement of new and used aircraft.

During the 2000s, in contrast, lessors were unwilling to enter a market in which ATR appeared as a competitor, not a partner. This was because new aircraft orders often hinged on ATR buying back older units, which gave it an outsized presence in second-hand sales and rentals. Some new orders still carry similar conditions, although ATR has promised to keep only a very small number of aircraft on its balance sheet going forward.

Like other OEMs, ATR is expanding support services for its products. Since it signed up the first airline for its Global Maintenance Agreement (GMA) in 1996, the company’s aftermarket offerings have grown to include guaranteed spares availability, spares consignment to customer locations, access to a parts pool, inventory leasing, and repair services on line-replaceable units and high-value parts such as propellers and landing gear. Billing is usually on a per-flight-hour basis, but time-and-material contracts are also available.

Airframe maintenance is offered as well, but ATR contracts the physical work to partners in its maintenance network, including: ASI Maintenance in France, Rheinland Air Service in Germany, Skyways Technics in Denmark and Fokker Services Asia in Singapore.

Another supplier to the GMA program is Illinois-based Aircraft Propeller Service (APS), which is licensed by the OEM to service ATR propeller systems.

Earlier this year, South American airline group Avianca extended its GMA contract with ATR to include propeller maintenance and spares provision for its 15 ATR 72-600s, as well as training from APS. Colombian carrier Easyfly also renewed its GMA deal this year, adding landing gear leasing and overhaul to its previous suite of services.