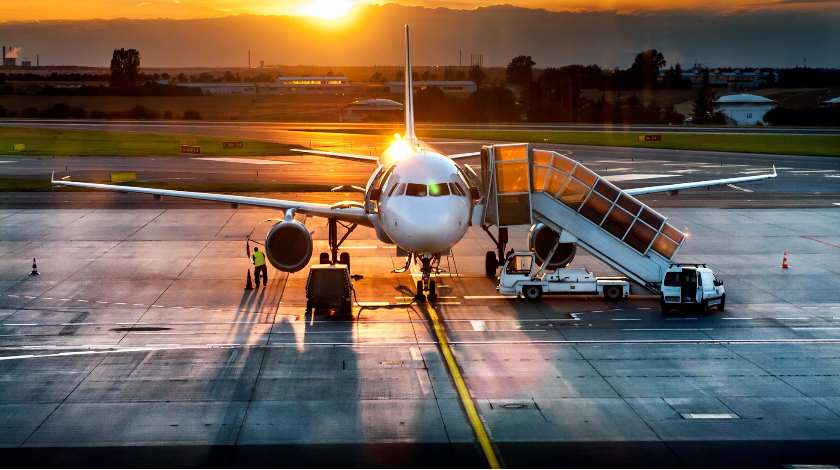 The year of 2019 has brought the aviation industry a number of tough challenges, indeed. Issues related to aviation safety, decreasing trust in the most reliable aircraft manufacturers and regulatory authorities, a large number of aviation companies going bankrupt, etc.

2019 was rich in various events. Although it is natural for a human being to, first of all, remember the negative matters which closely correlate with such names as Thomas Cook, Jet Airways, Joon, Germania, WOW air, Boeing 737 MAX, Ethiopian Airlines, etc. Time to change stereotypes.

With the year of 2019 nearing to an end, let’s review the most impressive achievements and major positive events that happened during this year across the industry.

The first ever flight of a heavier-than-air aircraft took only 12 seconds. In 2019, therefore, Qantas set the goal to launch the longest commercial flight connecting the farthest points of the globe. If this is made reality, the flight will take 20+ hours.

With this ambition in mind, the carrier has completed three tests of the flight to study pilots’, cabin crews’ and passengers’ experience flying such long distances. Also, in the last month of the year Qantas announced the preferred choice of the aircraft: Airbus A350-1000.

Long-Awaited Openings of New Airports in China and Singapore

It was a year of huge openings in the airport’s sphere. In April, 2019, it was Singapore’s long-awaited Jewel Changi Airport which officially opened its gates for travellers.  It is a multi-use complex designed to connect three of Changi Airport’s four terminals. Not to be omitted the fact that in 2019 Singapore’s Changi Airport was voted the best in the world.

Meanwhile, in September, 2019, after 45 months of construction, Beijing Daxing International Airport has finally opened its doors to the flying public. The new hub, already nicknamed ‘starfish’ (because of its design), is expected to lessen the pressure put on the Beijing Capital International Airport.

Aviation is a relatively young industry, counting just a bit over a one hundred years. Nevertheless, the pace of its development is rather astonishing. From a service only for the wealthiest in the beginning of the 20th century, up to inevitably important part of every day life for masses.

In 2019, therefore, the new chapter of the aviation book has been opened with the first flight of a fully-electric commercial aircraft. It was the DHC-2 de Havilland Beaver, the first all-electric seaplane operated by Harbour Air, that carried six passengers in Vancouver, Canada, in December, 2019.

Worth highlighting the fact that aviation training could be soon also turning electric. In 2019 Norway’s Pilot Flight Academy announced that it is aiming to provide fully-electric aviation education for pilots beginning 2021.

The age of electric planes has just began, however, in the attempts to make the industry more sustainable, it will not take centuries to release more and more all-electric aircraft.

Environmental pollution is one of the central topics globally. Especially in aviation, which represents around two percent of emissions of global carbon dioxide (CO2), that is roughly equivalent to the overall emissions of Germany.

Thus, the year 2019 was critically important due to environmental reasons. A number of airlines started reporting its emissions, modernising fleets to become more sustainable, changing ordinary aviation fuel into biofuel.

Furthermore, in 2019 Norway has set an ambitious goal for its aviation industry: emission-free domestic aviation by 2040.

For the aircraft market, 2019 has been quite the year. From halt of production to groundings to new programs and first take-offs.

The beginning of the year was marked with the announcement about the end of production of world’s biggest commercial airliner – Airbus A380. In 2021 Airbus will built the last A380 completing its backlog for the type and that would be the finish line for this plane.

Of course, grounding of the Boeing 737 MAX aircraft has greatly shaken the clear sky within the industry. Multiple troubles, struggling airlines, suffering passengers, however, some new planes have also got into the air.

Among these are Airbus A319neo, the last of the A320neo variants, which completed its maiden flight powered by Pratt & Whitney GTF engines in April, 2019, and Embraer E175-E2, which made its inaugural flight in December, 2019.

Apart from the fact that Boeing had one of the most terrible years in its history, there were two secret debuts of brand new planes. Right after the crash of the Ethiopian Airlines 737 MAX 8 Boeing held an internal event aimed at the presentation of its long-awaited Boeing 777X for the company’s employees. Meanwhile in November, the planemaker debuted another aircraft of the 737 MAX family – 737 MAX 10.

Also this year, two new commercial aircraft programs have been launched. On the first day of Paris Air Show 2019, Airbus officially unveiled its long-awaited new long-range A321XLR. It was one of the most anticipated events of the year.

Along with a new plane for longer passenger flights, innovation has been also introduced in the regional aircraft market, as well. In October, 2019, ATR announced about that it was approved to develop a brand new STOL (Short Take-Off and Landing) aircraft: ATR 42-600S.

These are only several major happenings from across the industry for the last 12 months of the decade. At this point, what is the most anticipated event in aviation in 2020?