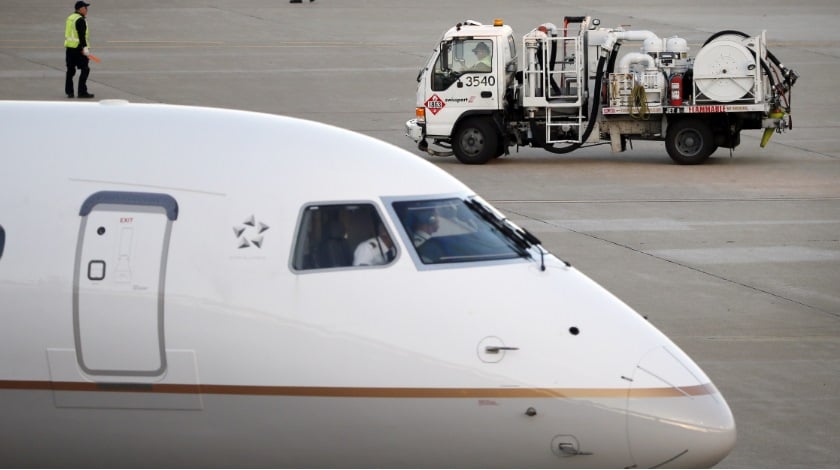 The Aviation Trust Fund has lost between $1 billion and $2 billion since the enactment of a 2005 law that was designed to prevent fuel fraud, according to a new watchdog report.

In last year’s surface transportation bill, Congress directed the Government Accountability Office (GAO) to study how much jet fuel tax revenue has been diverted from the Airport and Airway Trust Fund and into the Highway Trust Fund because of a decades-old tax law.

Lawmakers in fiscal 2006 began requiring non-commercial aviation fuel to be taxed at the same rate as highway diesel fuel, as part of an effort to discourage truck drivers from buying jet fuel that was taxed at lower rates.

But the aviation industry took issue with the fact that the taxes go into the Highway Trust Fund until vendors can prove that the fuel was actually used for aviation, which they say is a bureaucratic and unnecessary process that has just prevented vendors from rightfully seeking refunds.

The GAO report seems to support that notion. It found that more than half of tax receipts for sales of non-commercial jet fuel — between $1 billion and $2 billion — have not been transferred into the Aviation Trust Fund over the last 10 years.

“The amounts lost to the Trust Fund as revealed today by the GAO are simply staggering,” said Andrew Priester, chairman of the National Air Transportation Association Board of Directors.

“Consider how many new runways, instrument approaches, or additional air traffic control towers could have been built, had this money been available for its intended purpose.”

The fund is financed by taxes on aviation fuel and various excise taxes imposed on travelers, air carriers and other users of the national airspace system.

The GAO report found that instances of aviation fuel fraud are rare, and pointed out that since the base price of jet fuel is more expensive than diesel fuel, the $0.025 difference in tax rates would have been offset.

“This policy serves no practical purpose in the real world and has accomplished nothing short of robbing the aviation industry of billions of dollars over the past decade,” said Rep. Mike Pompeo (R-Kan.), who drafted the amendment requiring the GAO report.

“Now that we have the facts, it’s time for Congress to fix this problem that it created.”

But mounting an effort to strip money from the Highway Trust Fund and shift it back into the Aviation Trust Fund may prove difficult.

Lawmakers have struggled to come up with long-term funding solutions for the ailing Highway Trust Fund. The federal gasoline tax hasn’t been raised in over 20 years, while Congress opted to finance last year’s highway bill through a series of budgetary gimmicks.