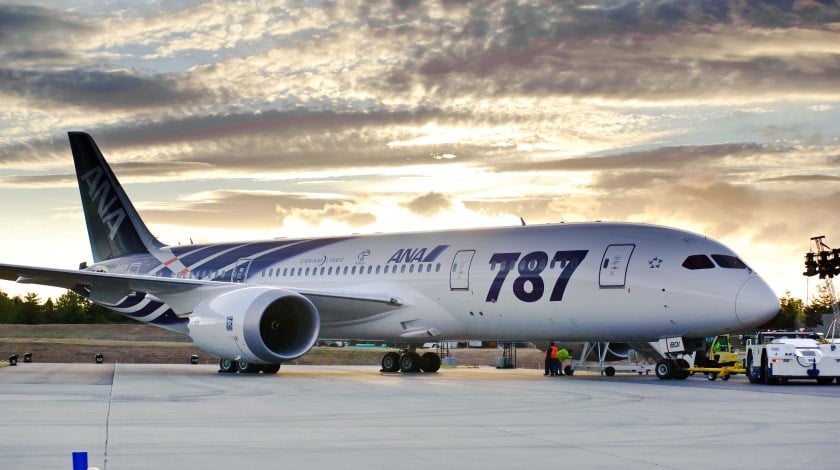 Boeing and ANA (All Nippon Airways) today celebrated the airline’s 100,000th revenue flight with the 787 Dreamliner during a gate ceremony at Sea-Tac International Airport. The milestone marks yet another record for ANA as it becomes the first airline in the world to reach 100,000 787 flights.

“The 787 Dreamliner has played an important role especially in forming the backbone of our international fleet,” said Osamu Shinobe, president and CEO, ANA. “Reaching the 100,000th revenue flight milestone with the 787 Dreamliner is a significant milestone for ANA. As the largest customer of the 787, we look to forward to introducing the entire family of Dreamliners into our fleet as we aim to celebrate another 100,000 flights and beyond.”

ANA was the launch customer of the 787 Dreamliner family and in 2011 became the first airline to introduce the innovative airplane to passengers around the world. Since then, the fuel-efficient airplane has enabled ANA to launch new routes worldwide, including North America, Europe and Southeast Asia. With this milestone, ANA has accumulated approximately a quarter of all 787 revenue flights.

“We are honored to celebrate this important milestone with ANA, especially here in Seattle,” said Ray Conner, president and CEO, Boeing Commercial Airplanes. “ANA is a valued Boeing customer and has been a tremendous partner on the 787 program. This milestone demonstrates the strength of our long-standing relationship and we look forward to celebrating many more milestones with ANA going forward.”

The Boeing 787 Dreamliner is a family of technologically advanced, super-efficient airplanes that bring big-jet ranges to the middle of the market. To date, the 787 has flown more than 75 million passengers on more than 350 routes around the world, including more than 90 new nonstop routes opened through its efficiency.