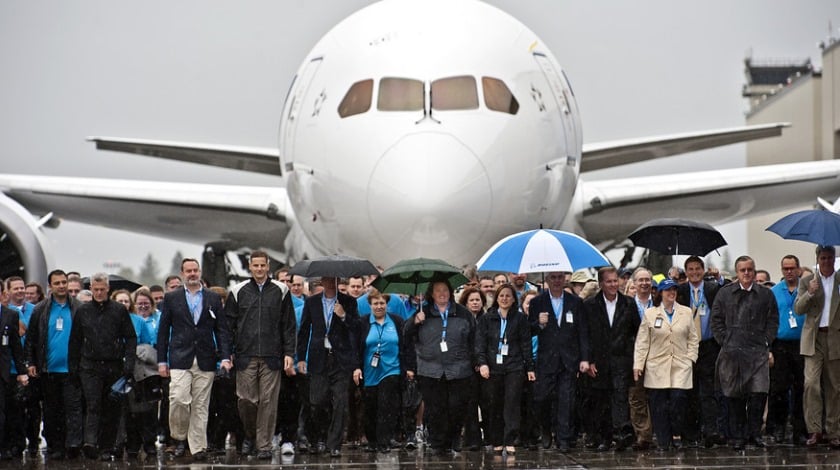 Boeing wrapped up a crowdsourcing initiative March 9 that gathered employee ideas for workforce investments that the company has pledged to make as a result of the benefits of tax reform legislation.

Boeing asked employees directly for ideas on how to spend $100 million on learning and development for the future. The company built a custom survey that was emailed to all employees, as well as housed on branded iPad “idea stations” set up throughout factories. In total, the effort generated more than 40,000 ideas from employees across the globe.

“The creativity of our Boeing teammates is one of the greatest strengths of our company,” said Heidi Capozzi, Boeing senior vice president of Human Resources. “Crowdsourcing allowed us to listen directly to their ideas on how to invest in learning and development. It was an effective – and fun – way to be sure their voice was included and we’re grateful that so many offered their thoughts. This will ensure our investment represents real value to employees where and when they need it.”

Employees voted on four categories of investments, with real-time results updated every day to encourage participation. Of the categories, improving technical development programs received the highest number of votes, followed by reskilling for jobs being affected by technology disruption. The other two categories were modern, accessible learning and support for first-line leaders.

Employees also had the option to submit ideas in a free response field for other ways to invest the $100 million. Ideas included increased work swap and rotation programs, new tools and software, rapid prototyping and enhanced options for continuing education.

The planned investment in workforce development is part of a $300 million employee-related and charitable investments the company announced in December 2017 as a result of tax reform legislation.

The investments focus on the future of employees and communities:

The company will process the crowdsourced data over the coming weeks with plans to implement programs this year.