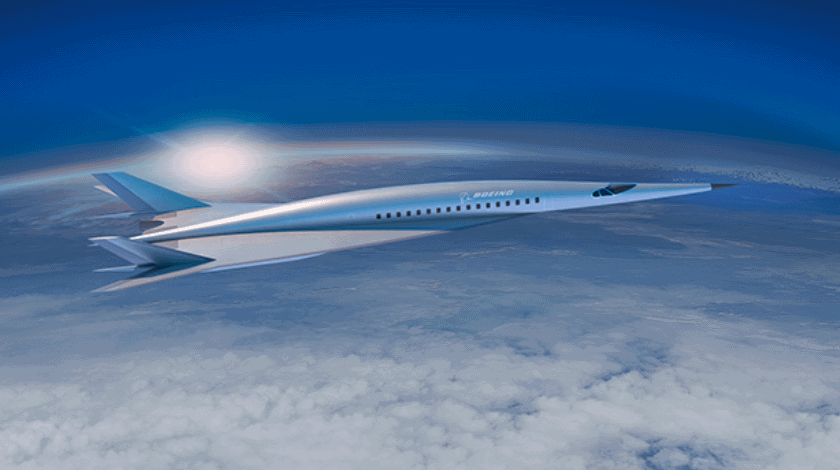 Building the future at Boeing requires looking decades ahead at what could be possible, and innovating now to make it happen. That’s the impetus behind Boeing’s first passenger-carrying hypersonic concept that was debuted at the American Institute of Aeronautics and Astronautics conference in Atlanta.

The passenger concept could have military or commercial applications; this is just one of several hypersonic vehicle concepts spanning a wide range of potential applications company engineers are studying. Engineers are working companywide to develop enabling technology will position the company for the time when customers and markets are ready to reap the benefits of hypersonic flight.

“We’re excited about the potential of hypersonic technology to connect the world faster than ever before,” said Kevin Bowcutt, senior technical fellow and chief scientist of hypersonics.

“Boeing is building upon a foundation of six decades of work designing, developing and flying experimental hypersonic vehicles, which makes us the right company to lead the effort in bringing this technology to market in the future.”

Although Bowcutt can’t speculate when hypersonic flight for global travel will be a reality, he says it’s possible a hypersonic passenger vehicle could be airborne in 20 to 30 years.

The concept, along with other visions of Boeing’s future, will be on display at Farnborough Air show in July.