Boeing Hit with Another Crisis: What Is Going on with 737 NG Aircraft? 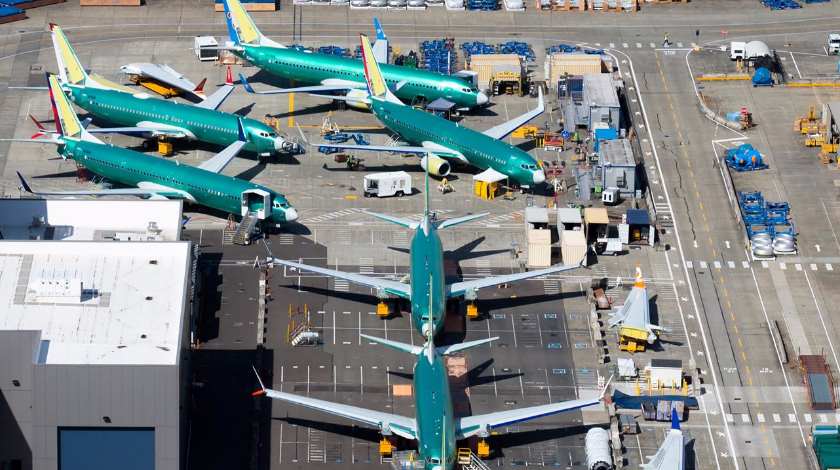 While Boeing is making all the efforts to resolve already the eight-months long crisis with 737 MAX aircraft, yet another crisis with another popular Boeing aircraft program is sparking off. The planemaker is back in the spotlight again for safety issues among its older 737 planes.

First of all, let’s understand which models of Boeing aircraft are considered to be Next Generation. These are all Boeing 737-700, 737-800 and 737-900 models and their variations. While 737 MAX fleet is still grounded globally, particularly these older models of the 737 type are the most desired and wanted on the market.

However, the things with 737 NG aircraft seem to be getting tougher as well.

What Happened to Boeing 737 NG?

The main problem with Boeing 737 NG planes is related to cracks on the “pickle fork” structure which where discovered during the passenger-to-freighter conversions of Boeing aircraft that had accumulated between 35,578 and 37,329 total flight cycles.

What is the “pickle fork”? It is a suspension system that connects the fuselage with wings and manages stress and torque loading that bends the structure during operation.

In the beginning of October, the regulatory authority issued an airworthiness directive ordering speedy inspections of the Boeing Model 737-600, -700, -700C, -800, -900, and -900ER series aircraft for “cracking of the left and right hand side outboard chords of frame fittings and failsafe straps at a certain station”.

The FAA considered this directive as an interim action and was looking for the reports on the completed inspections to find out “the nature, cause, and extent of the cracking, and eventually to develop final action to address the unsafe condition”.

Thus, the inspections took place all over the world. And this is where the problems have began.

Which Airlines Are Affected?

Since the announcement of the order to check the 737 NG aircraft, over 50 affected aircraft have been identified. These are operated by a number of airlines worldwide including Southwest Airlines, Brazil’s Gol Linhas Aereas Inteligentes, Australia’s Qantas Airways, Ryanair and Korean Air Lines.

One of the first airlines to reveal about the discovered cracks on the structure of its aircraft was Qantas. The airline carried out all the recommended inspections and identified three Boeing 737 NG planes out of 33 with over 22,600 flight cycles (or take-off and landings) in its fleet having this defect. 42 aircraft with less flight cycles have not been inspected. As the result, they have been removed from service for repair.

Next, Ryanair, which owns 450 Boeing 737 NG planes. The airline is also in the process of inspecting its aircraft. As for now, it is known that the airline found out three affected planes which were grounded for repair, too. All these were over 15 years old machines.

Among the latest airlines to report the same problem is Lion Air. Yet the same Lion Air which suffered a the first fatal crash with Boeing 737 MAX plane in October of 2018. Two Boeing 737 NG jets operated by Lion Air were found to have a hairline crack in the “pickle fork” structure, according to the Sydney Morning Herald.

Notably, the most intriguing part of this check is the fact that both planes are newer than other jets that have shown a similar problem. For example, Qantas checked only the planes with over 22,600 flight cycles, while Lion Air discovered cracks on the planes below 22,000 flight cycles.

Will this mean a new wave of inspections and even greater problems not only to troubled Boeing, but to all the aviation community yet again? Boeing 737 NG aircraft is the backbone of many airlines’ fleets, thus, in case the crisis ignites, the consequences could be absolutely damaging.