Boeing in Talks with Gulf Carriers about 797 Model 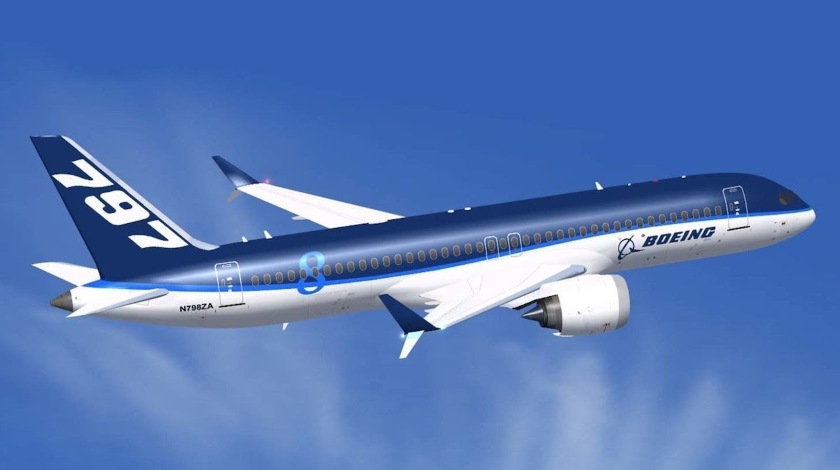 Airplane manufacturer Boeing is in talks with Gulf carriers and other Middle Eastern airlines about potentially selling them a new aircraft model that caters to demand for mid-range planes.

The new aircraft, the so-called Boeing 797, is still at the concept stage, with Boeing yet to decide on whether it will launch productions. But the customer response globally so far has been “very positive,” according to Darren Hulst, senior managing director of marketing at Boeing.

In an interview with Gulf News, Hulst said Boeing is “interested in this market space” of mid-sized aircraft, and is looking at a future aeroplane it might produce that could fly as long as around 10 hours and have a capacity of between 200 and 300 seats.

“We’re looking at it as a middle-of-the-market aeroplane; an aeroplane that would be larger and more capable in terms of range than the 737s and the A320s out there, and smaller and less costly than today’s wide-body aeroplanes,” he said.

“We’re looking at entering the service, if we were to launch the aeroplane, in the middle of the 2020s.”

And Boeing believes the 797 will cater to airline demand that is currently neither served by narrow-bodies nor wide-bodies. The growing market of long-haul low-cost flights would also be well-served with a 797, Hulst said.

The company has so far pitched the new model to close to 60 customers around the world. “I think airlines in the Middle East, in the Gulf, have shown very similar interest to what we’ve seen globally in terms of how this aircraft would enable them to grow in different ways and enable them to expand capabilities,” Hulst said.

With a capacity of 200-300 seats, the 797 would be able to carry more passengers than Boeing’s 737 aircraft, but wouldn’t be as large as a 777 aircraft, which some airlines now resort to even on short haul flights, leading to efficiency losses.

The new 797 model is currently under assessment by Boeing and is yet to be designed. Boeing has not yet set a price tag either, saying the price will depend on demand.