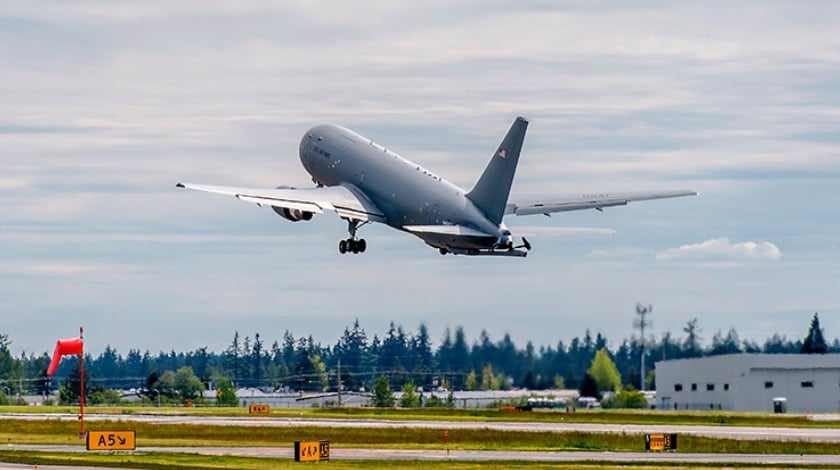 “We are excited to partner with Boeing as we assist Japan in advancing its aerial refueling capabilities,” said Brig. Gen. Donna Shipton, program executive officer, U.S. Air Force Tanker Directorate. “This is an important step in strengthening the U.S.-Japan alliance and will enhance our interoperability with both nations flying KC-46s.”

The U.S. Air Force will operate and maintain its fleet of 179 KC-46 tankers through mid-century and beyond.

“This milestone order highlights a valued partnership with Japan that spans more than six decades, and we look forward to continuing that collaboration on the KC-46 program,” added Brett Gerry, president, Boeing Japan. “The skilled Japanese KC-767 tanker and E-767 Airborne Warning and Control Systems pilots and maintenance personnel are already familiar with flying and supporting our highly efficient aircraft, and we look forward to helping them expand their capabilities in the future.”

The KC-46 is a multirole tanker designed to refuel all allied and coalition military aircraft compatible with international aerial refueling procedures and can carry passengers, cargo and patients.

Boeing began developing the KC-46A Pegasus tanker for the U.S. Air Force in 2011 and is assembling the 767-derivative aircraft at its Everett, Wash., facility.

In addition to refueling, the KC-46 features a main deck cargo door and strengthened cargo deck. The floor includes seat tracks and a cargo handling system, allowing for a variety of mission configurations. The system enables KC-46 to simultaneously carry palletized cargo, personnel and aeromedical equipment in a variety of combinations. The highly reliable 767 derivative will also deliver tremendous savings through lower lifecycle costs compared to other larger or used aircraft.

Sixteen percent of the 767 airplane, on which the KC-46 tanker is based, is made with Japan.

The Boeing-Japan relationship grows and expands with partnership opportunities in the space, commercial and defense businesses, continuing a legacy that spans more than 60 years. Boeing currently spends more than $5 billion annually in Japan, making the country the largest supply base for Boeing outside the United States. Boeing opened its first office in Japan in 1953 and now has approximately 200 employees at more than 20 major sites across the country.