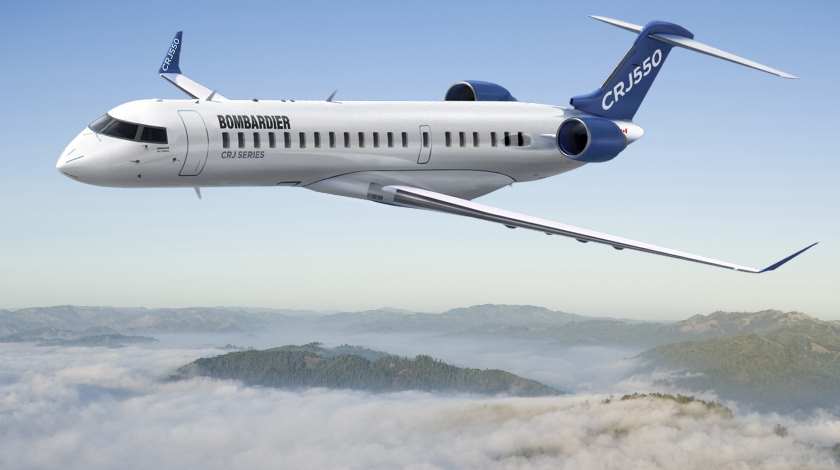 Uncertainty which has been recently surrounding the CRJ Series finally put to an end. Bombardier, a Canadian aircraft manufacturer, has boosted its CRJ regional aircraft program by announcing the launch of a new aircraft model – CRJ550.

According to Bombardier’s statement, this will be “the first triple-class 50-seat aircraft in the world”. The type certificate of a new model will be based on the CRJ700.

The new aircraft is expected to offer even greater benefits, including a self-serve beverage, snack station and more overall legroom per seat. Also, Bombardier is determined to improve passengers’ flying experience with more on-board storage, amenities and and passenger living space than any other 50-seat regional aircraft operating in the US.

“The new CRJ550 model is the only solution in North America that can replace the existing fleet of ageing 50-seaters, a market of over 700 aircraft,” said Fred Cromer, President, Bombardier Commercial Aircraft in a statement.

The launch customer of the new model is going to be United Airlines, which the airline will operated on key regional routes.

Orders for Other CRJ Models

Together with announcing the launch of a new model, Bombardier released the statement on finalizing the firm purchase order agreement for nine CRJ900s placed by Chorus Aviation. Therefore, the new aircraft will be operated by Jazz Aviation LP, a subsidiary of Chorus Aviation, under the Air Canada Express banner.

Based on the list price of the CRJ900 aircraft, the order is valued at approximately $437 million. The delivery of the first aircraft is planned for the first half of 2020.