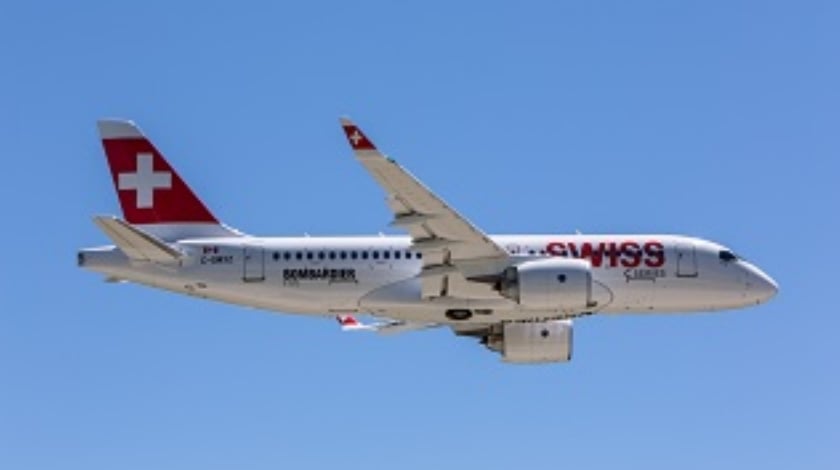 The CS100 aircraft – flight test vehicle five (FTV5) – will be featured on static display during the event and will be parked at the Dublin Airport where it will host visitors and media tours.

“As we approach first delivery and entry into service with launch operator SWISS next month, it’s our pleasure to be showcasing the CS100 aircraft to influential industry leaders in Dublin during this premier IATA event,” said Fred Cromer, President, Bombardier Commercial Aircraft. “Our execution has been flawless in 2016 and as our teams focus on meeting our commitments, we’re taking every opportunity to update the industry on our progress and continue to promote the C Series aircraft worldwide.”

The first CS100 will be delivered to SWISS in June and is expected to enter service in July 2016.

The C Series family of aircraft, representing the fusion of performance and technology, is a 100 per cent all-new design that offers operators up to US $13 million extra value per aircraft.

By focusing on the 100- to 150-seat market segment, Bombardier has designed the C Series aircraft to deliver unparalleled economic advantage to operators and to open up new opportunities for single-aisle aircraft operations.

In addition to delivering best-in-class economics with the C Series aircraft, Bombardier has placed considerable emphasis on cabin design to ensure a superior passenger experience. The aircraft offers 19-inch-wide seats that set a new industry standard, large overhead bins that accommodate a carry-on bag for each passenger, and the largest windows in the single-aisle market. Together these attributes create a widebody feel that offers passengers an unparalleled level of comfort.

The game-changing C Series aircraft offers the best-in-class environmental scorecard making it the quietest in-production commercial jet in its class. With a combination of outstanding short-field capability and a maximum range of up to 3,300 NM (6,112 km), the C Series aircraft is uniquely positioned for varied types of operations.