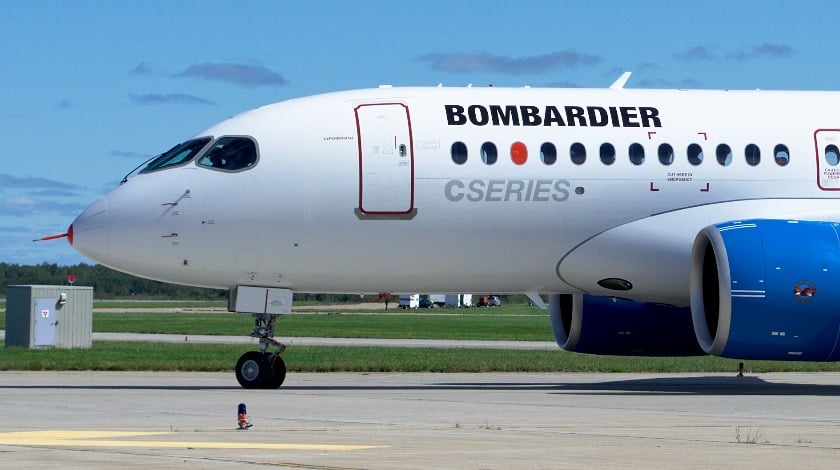 Bombardier Inc. is reported to be on the verge of announcing a big order for its CSeries passengers jets with large U.S. carrier Delta Air Lines Inc.

The Globe and Mail says Bombardier will announce Thursday it has won a multi-billion dollar deal with Delta.

Multiple reports have suggested that Delta could purchase up to 125 CSeries aircraft.

“This order might well mean the difference between life and death for the [CSeries] program,” said Richard Aboulafia, vice-president of analysis at Teal Group Corp., an aerospace and defence consulting firm in Fairfax, Va.

“If signed, it establishes the CSeries as a viable and competitive third player in the single aisle market. It would also give them the kind of production numbers needed to be competitive against Airbus and Boeing,“

Reuters reported earlier this week that Delta would be the first major American airline to buy the CSeries aircraft.

Bombardier has booked orders and commitments for 678 CSeries aircraft, which includes firm orders for 250.

The CSeries is a new narrow-body, medium-range plane that comes in two variations, the CS100 and the larger CS300. The development program has seen several delays, though, which is believed to have deterred buyers.

The company, which has been strapped for cash, has asked the federal government for $1 billion US to help sell the CSeries, a request Ottawa has been studying carefully since it was first made late last year.

Bombardier said Tuesday it will report its results for the quarter ended March 31 on Thursday, one day earlier than scheduled.

Shares of Bombardier added two cents on Wednesday to close at $2.01 on the TSX.