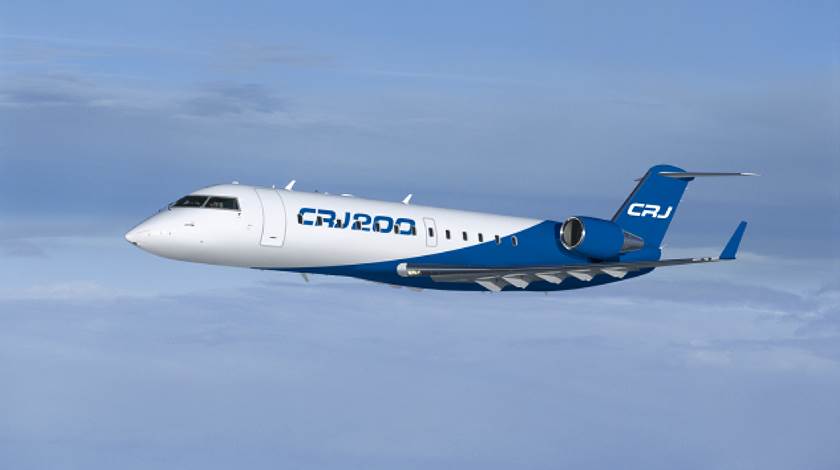 Iraq Gate commenced service in March 2015 with its first CRJ200 aircraft, adding two more in recent months. Iraq Gate will initially operate the aircraft, which were acquired by Arab Wings from a third party, on several domestic routes from Baghdad. Other domestic and international flights within and from Iraq are scheduled to follow.

“The excellent economics of the CRJ200 regional jet are ideally suited to meet the increasing transportation demands of Iraq’s active oil and gas sector,” said Ahmad Abu Ghazaleh, Chief Executive Officer, Arab Wings. “As the first business jet operator in Iraq, Iraq Gate is now benefitting from the addition of the dependable and reliable CRJ200 regional jet as it offers scheduled, charter and ad hoc services throughout the country.”

“Bombardier is thrilled that Arab Wings and Iraq Gate have joined more than 60 airlines and over 60 corporate customers that fly our CRJ Series aircraft around the world,” said John Kassis, Vice President, Sales, Middle East and Africa, Bombardier Commercial Aircraft. “The CRJ Series aircraft have been instrumental in revolutionizing regional route networks, and we are confident that the CRJ200 aircraft will be the optimal solution for Arab Wings and Iraq Gate’s expansion plans.”

Regional aircraft manufactured by Bombardier have made significant advances in the Middle East and Africa where approximately 130 Q Series turboprops and 70 CRJ Series regional jets are in service with, or have been ordered by, over 50 customers and operators. Customers in the region have also placed orders and commitments for 37 all-new C Series aircraft.

Bombardier’s customer support network for commercial aircraft in the Middle East and Africa includes Regional Support Offices (RSO) and Regional Parts Depots in Dubai and Johannesburg, as well as Authorized Service Facilities in South Africa and Ethiopia. Operating from the company’s regional office located in the United Arab Emirates, Bombardier Commercial Aircraft’s sales and marketing team is well positioned to provide industry-leading solutions to its current and prospective customers.

The CRJ Series regional jets share commonality benefits that provide flexibility to operators and allow them to optimize their fleets to meet specific market demands. No other regional aircraft deliver this capability. Optimized for medium-haul regional routes, these aircraft can provide up to 10 per cent cash operating cost advantage over competing jets.

Since its launch, the CRJ Series family of regional jets has stimulated the regional jet market. In North America alone, it accounts for over 20 per cent of all jet departures. Globally, the family operates more than 200,000 flights per month.

Bombardier is the world’s leading manufacturer of both planes and trains. Looking far ahead while delivering today, Bombardier is evolving mobility worldwide by answering the call for more efficient, sustainable and enjoyable transportation everywhere. Our vehicles, services and, most of all, our employees are what make us a global leader in transportation.

Bombardier is headquartered in Montréal, Canada. Our shares are traded on the Toronto Stock Exchange (BBD) and we are listed on the Dow Jones Sustainability North America Index. In the fiscal year ended December 31, 2014, we posted revenues of $20.1 billion.