Boom Has 76 Orders For A Supersonic Passenger Jet 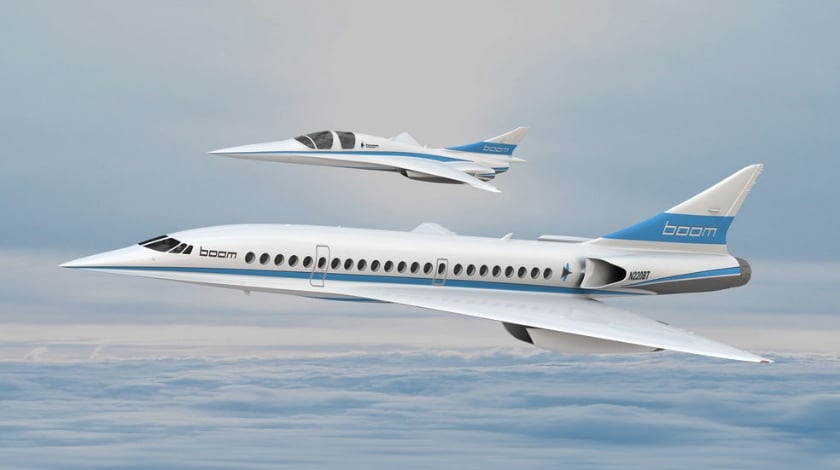 Based just south of Denver, Colorado, Boom has provided updated figures on orders received for its supersonic jet, which is currently still undergoing trials with a one-third size demonstrator, XB-1. To date 76 orders have been received, which include non-refundable down payments.

Boom is a startup company which is promising to produce a supersonic passenger jet that will be capable of flying at over two-and-a-half times the speed of current passenger jets, yet still offering commercial profitability for the premium 55 business-class passengers.

The Paris Air Show saw the unveiling of the latest prototype design for the XB-1 Supersonic Demonstrator, the latest changes offering better overall stability for the propulsion system and overall safety. It is understood that the results of recent stress testing have also contributed to these changes. However, the most noticeable change to the design has been the new, third inlet which has been mounted on the tail, along with more subtle changes to the wing and main body shape.

Boom is hoping the demonstrator will take its maiden flight next year, which will commence with subsonic flight testing near the company’s headquarters in Denver. Supersonic flights which will follow on will be performed at Edwards Air Force Base in Southern California.

For a plane that does not yet exist, the 76 current orders are a remarkable achievement, and is a clear indication of the excitement being generated by the prospect of cost-efficient supersonic travel, likely between popular intercontinental business routes.