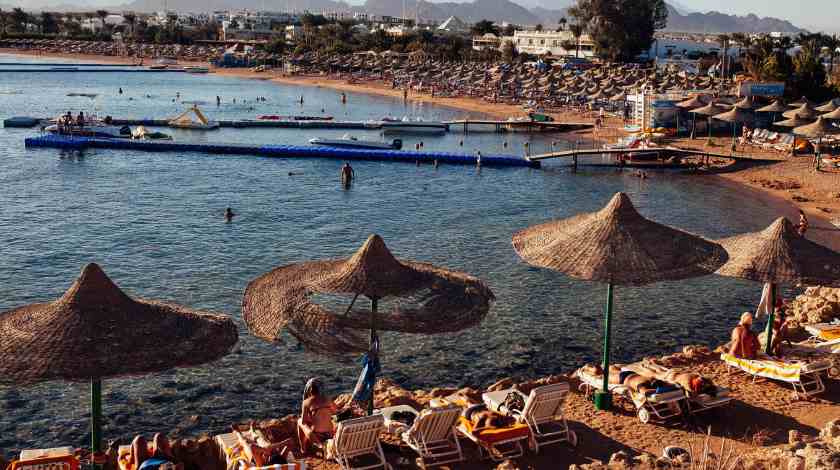 British Airways has suspended flights to Egypt’s Sharm el-Sheikh resort indefinitely amid terror fears in a blow to the country’s tourism.

No flights have operated between the UK and the resort after a terrorist bomb brought down a Russian passenger plane in November killing 224 people.

The Government suspended flights to Sharm el- Sheik on November 4 last year after the Metrojet airline was downed.

ISIS claimed responsibility for the bombing.

Since then, UK airlines have not operated routes between Sharm and the UK.

BA had previously only cancelled flights up until specific dates pending a change in Government advice.

But the airline has issued a statement which read: “The safety and security of our customers will always be our top priorities and we have suspended our flights from Gatwick to Sharm el-Sheikh indefinitely.

“Customers who hold bookings on any cancelled services for the coming winter season can claim a full refund or can use the money to cover a new booking with us for an alternative destination.”

A spokesman for Easyjet said the low-cost carrier “remains committed to resuming services to Sharm”, but added that it will not happen until the Government’s advice changes.

Monarch has cancelled all flights to Sharm up to and including October 30.

The airline issued a statement which insisted that it hopes to resume services from the beginning of the winter season.

But it admitted that the Foreign and Commonwealth Office (FCO) has given “no update or indications” as to when its travel advice may change.

Thomson Airways has suspended its flights to Sharm until at least September 28.

A spokesman for the airline said: “We would like to thank our customers for their continued patience and apologise for the inconvenience caused whilst the current FCO advice is in place.”

The Association of British Travel Agents has previously said the decision on whether or not to use Sharm airport is not made by airlines but by the UK authorities, and flights will only start again when they are satisfied security is strong enough.