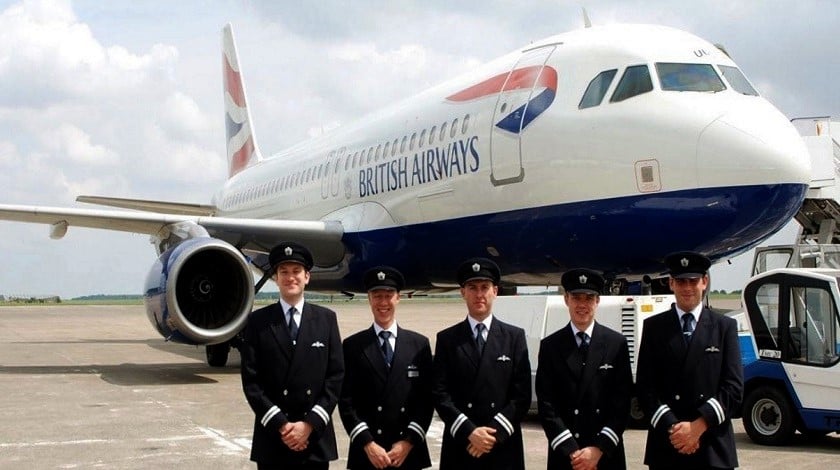 British Airways is to recruit a record number of pilots and cabin crew in 2016, which will increase its flying crew to more than 20,000 for the first time in its near 100 year history.

The airline plans to recruit more than 350 pilots and 1,600 cabin crew – the highest number in a single year for the carrier.

The airline recruits its pilots through three main channels; its own sponsored cadet scheme, direct from other carriers and experienced pilots from the military. The airline’s cadet scheme, the British Airways Future Pilot Programme opens annually to anyone aged 18 to 55 with no previous flying experience necessary.

British Airways’ cabin crew applicants must pass a series of exacting tests before the very best make it onto the airline’s bespoke course. The airline is looking for enthusiastic individuals who prioritise customer service. The initial online stage of the application process includes a series of searching questions to help potential candidates assess whether they are suited to the role.

All flying crew will be trained at British Airways’ new state-of-the-art Global Learning Academy based at Heathrow, which includes the airline’s 15 full motion simulators, and realistic short and long-haul aircraft training cabins.

“We have excellent opportunities for new pilots with the British Airways Future Pilot Programme entering its fifth successful year, as well as the very best experienced flight crew from other airlines and the military.

“We’re extremely proud that we have more female pilots than ever before, and we are continuing our recruitment campaign to encourage more women to apply to fly commercial aircraft.”

British Airways’ director of customer experience, Troy Warfield, said: “2016 promises to be an exciting year to join our cabin crew. Not only do we have fantastic new training facilities, new aircraft with fresh cabin interiors, but also new routes to every corner of the globe. Cabin crew are integral to the success of our airline and we are very proud of the service they provide our customers.”

The record numbers of flying crew will join the airline in a year when its plans include the delivery of 1 Boeing 787 Dreamliners ft and long-haul aircraft 11 Boeing 787-9 Dreamliners and two A380s. The airline will also welcome new 787s, A350s and A320 NEOs in the coming years.