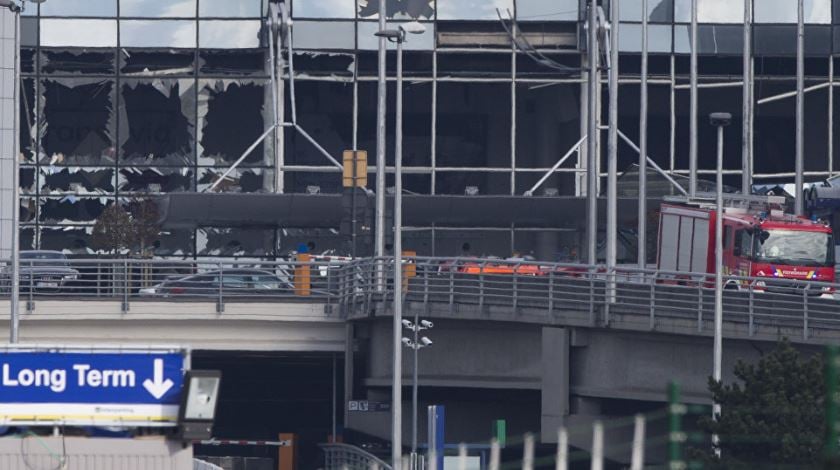 Authorities at Brussels Zaventem say it remains unclear as to when the airport will re-open following the March 22 terrorist attack.

Ten people died and 81 were injured when two suicide bombers detonated explosives—according to media reports, hidden inside suitcases they had wheeled into the building on luggage trolleys—during the morning rush hour. Around 20 more were killed in another bomb attack on the Brussels metro an hour later.

According to Belgian state prosecutor Frederic Van Leeuw, speaking at a press conference in Brussels March 23 and quoted by the BBC, a third terrorist failed to detonate his weapon, the largest of all three bombs, and fled the scene. He remains on the run.

“Following these attacks, there will be no passenger flights into and out of Brussels Airport today and tomorrow, Thursday, March 24,” according to a statement on the airport’s website.

“Because the forensic investigation is still underway, we currently have no access to the building. Until we can assess the damage, it remains unclear when we can resume operations.”

Passengers due to fly from the airport over the next two days were advised to contact their airlines for alternative arrangements.

Those who had checked in luggage before they were evacuated from the terminal in the immediate aftermath of the blast were also asked to contact the airline with which they had planned to travel.

Those whose baggage had not been checked in before the bomb blasts were asked to complete electronic forms on the airport website, but were warned it could take some time before they received any word of their possessions.

ICAO Secretary General Fang Liu said in a statement condemning the terrorist attacks: “Our agency deeply regrets that civil aviation operations and facilities continue to be considered as valid targets by terrorist groups worldwide. While the devices at Zaventem airport were detonated in public, landside airport areas which are not protected by civil aviation screening standards and related procedures, threats to international passengers at any stage in their journey are of tremendous concern to ICAO and the entire air transport community.”

ICAO said it maintains security provisions for both airside and landside terminal areas. “These are presently undergoing review through the agency’s Aviation Security Panel and Committee on Unlawful Interference, and will be subject to final review and adoption by ICAO’s 36-State Governing Council,” ICAO said. “Any new or amended guidance will be fully supportive of ICAO’s strategic objective to maintain a practical balance between the needs of effective and sustainable security measures and an unobtrusive travel experience for passengers.”

Liu added: “ICAO has established an effective regulatory framework which provides reasonable balance between security and passenger facilitation. As the current review phase now moves to the Committee on Unlawful Interference, which meets on this topic next month, ICAO and its Council will assure that all relevant aspects of this framework are thoroughly analyzed and adjusted if needed.”