Bye Bye and Welcome to the Boeing 737 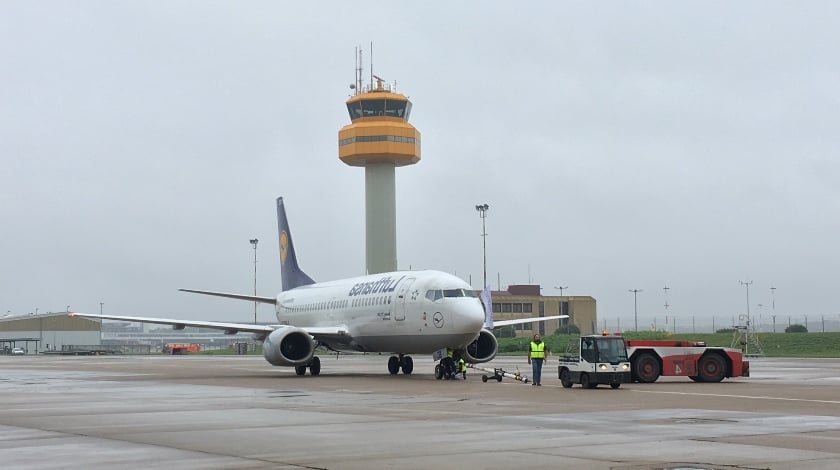 As Lufthansa Passage bids farewell to the Boeing 737 after almost 50 years, the next chapter is set to begin shortly for Lufthansa Technik with the Boeing 737 MAX in the seemingly unending story of this aircraft, which is so closely tied to the Hamburg location.

As the last “Bobby” – as Lufthansa pilots used to call it – ends its career at Lufthansa, Lufthansa Technik is currently looking after 562 primarily Next-Generation Boeing 737s for 43 customers around the globe.

The Boeing 707 was the one to quickly displace the former stars of the long-haul route from the skies in the early sixties of the last century. The Boeing 727 proceeded to conquer the medium-haul route at the same pace. It was only on the short-haul routes that the propeller engine was still in the majority. Types soon also became available for this purpose with the Caravelle, the BAC 1-11 or the DC-9. However, they all had aft-mounted engines, a really narrow cabin and thus did not fit in at all with the Lufthansa 707 and 727 fleet.

It was obvious to the Hamburg engineers: a Boeing was needed with the same cabin as the other two types, 2-person cockpit and engines under the wing. That promised considerable savings in maintenance and in the training of pilots. Boeing was long since familiar with the Lufthansa engineers – there was a high level of trust and the airline was an important customer. But to develop a new aircraft on this basis, the success of which they themselves did not want to believe in?

Faith in what could be achieved together won out. When the first Boeing 737 was launched, the long-standing Technical Director on the Lufthansa Executive Board, Prof. Gerhard Hoeltje, was able to comment from Boeing in Seattle: “I am well aware that at times we have had friendly differences of opinion on topics ranging from what size the 737 should be to when it should have been ordered into production.

But as one of your sayings goes: ‘When two people agree on everything, only one of them is thinking’. Obviously the results of our discussions were positive and I am happy to be here today to help celebrate the birth of the latest offspring of the Boeing family of jet transports. The 737 completes a significant development phase of commercial jet aircraft.”

This has been the basis to date for a partnership between Boeing and Lufthansa Technik that has extended and continued to grow over almost six decades.

The Boeing 737 became the workhorse of the short-haul route so to speak within the shortest imaginable time. Popular with passengers, immediately accepted as a member of the family by crews and engineers, not only did the sales figures grow but also the number of innovations rolled out by the engineers at Lufthansa Technik.

Take GuideU, for example, the de facto emergency floor path marking system today that requires no power supply: approved in 1996 for the Lufthansa Boeing 737-300, – 400 and -500 by the German Federal Aviation Office (LBA).

The cabin continues to be the focus of modifications. Most recently fitted out in 2010 with a completely new interior by Lufthansa Technik and its logistics arm in a major undertaking, the fleet flew until recently with the most modern cabins. With a total of 139 seats and enlarged storage compartments, the Boeing 737-300 reached its maximum capacity at this point with equally high level of comfort.

When it comes to the Boeing 737 at Lufthansa Technik, all attention is now focused on the three letters MAX. Boeing is readying its bestseller for the coming decade with the once more modernized version of the durable aircraft.

Lufthansa Technik is preparing itself in all business segments for the new member of the family.

And Hamburg will once more play a critical role: only recently it was decided to overhaul the engine on the Boeing 737 MAX, the newly developed LEAP engine, in Hamburg. The specialized component workshops located here also, are already preparing themselves in parallel for the parts of the new type.

It’s also not the final farewell however for the Boeing 737 in the colors of Lufthansa at Lufthansa Technik in Hamburg and Frankfurt.

Two Boeing 737-500, the D-ABIA and the D-ABJI, have been taken over for training technical personnel. They will be lovingly cared for by the trainees and will be used for as long as possible to demonstrate the world of aircraft technology to young people.

And who could do this in a more fascinating way than “Bobby Boeing”?