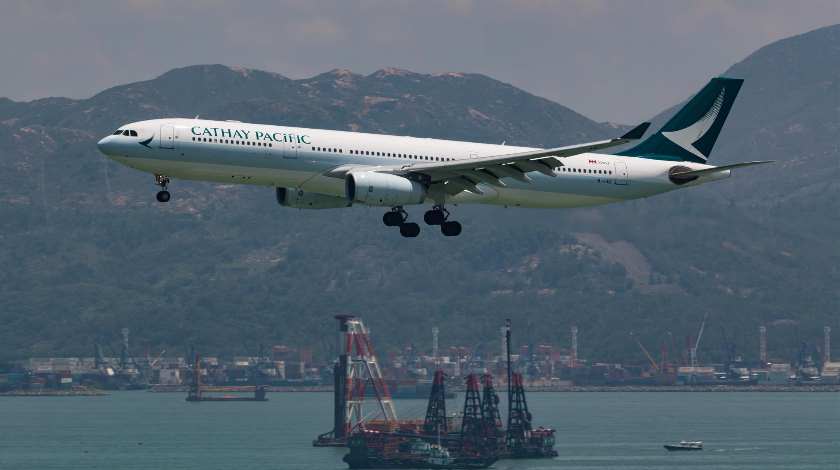 Cathay Pacific, the flag carrier of Hong Kong, has announced that it is cutting a number of flights due to extremely difficult month of August. The airline together with its Cathay Dragon unit carried 2.9 million passengers in August, which is down 11% from a year earlier.

Overall traffic to Hong Kong in August was 38% down, from Hong Kong 12%, respectively. Financial Times reported Ronald Lam, the airline’s chief customer officer, saying that the number of tourists coming to Hong Kong reduced nearly by half from what is considered to be normal for August in ordinary circumstances.

Numbers of Cathay passengers have slumped primarily because of anti-government protests in Hong Kong and pressure coming from mainland China.

Closures of airports, flight disruptions, safety concerns, all these contributed to negative consequences during the month which is the peak of holiday season.

Poor bookings have impacted and the whole schedule until the end of 2019. For this reason, the airline said it will reduce its capacity growth. According to Routes Online, Cathay Pacific will reduce capacity on flights from Hong Kong to:

It is a highly debatable question whether these changes will remain as announced. As for now, the airline says it is seasonal, some routes might be restored earlier. However, there is no guarantee that the situation will not force Cathay Pacific to drop some routes more.