Cavok AN74 Overruns The Runway Due To Flock Of Birds 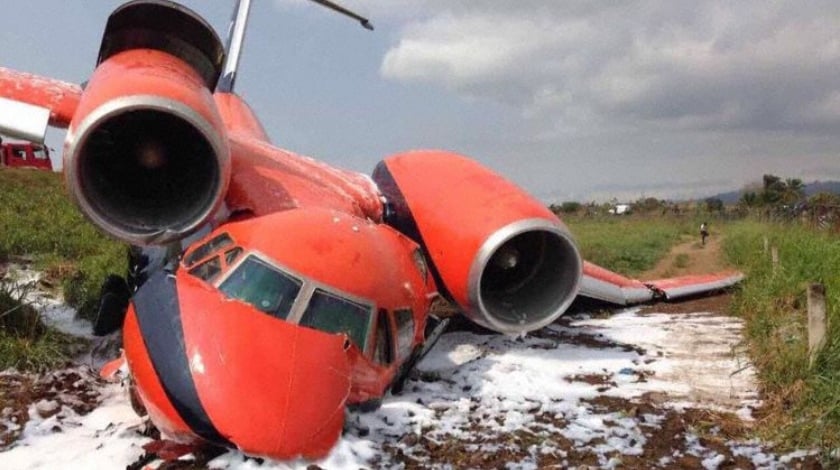 A Cavok Air Antonov AN-74TK-100 was performing a flight from Sao Tome to an unknown destination, when the right hand engine ingested a number of birds prompting the crew to reject takeoff.

The aircraft overran the end of the runway and went down a slope before coming to a stop on soft ground. Five crew members received injuries, the aircraft received substantial damage beyond repair.

Ukraine’s Deputy Minister of Infrastructure Yuri Lavrenyuk reported the flight was attempting takeoff when according to preliminary information the right hand engine received a bird strike, the takeoff was rejected, the aircraft went past the runway end. All crew members received injuries.

Sao Tome’s Civil Aviation Authority reported the aircraft rejected takeoff for some problem at about 11:00L (11:00Z) and suffered an accident. Five of the six people on board received injuries, one of them needed surgical treatment. The aircraft suffered substantial damage. An accident investigation commission has been formed.

The occurrence aircraft had operated to Sao Tome on Jul 27th 2017 from Stavanger (Norway) via Luxembourg (Luxembourg) and Ghardaia (Algeria) and was presumably departing for the return flight.