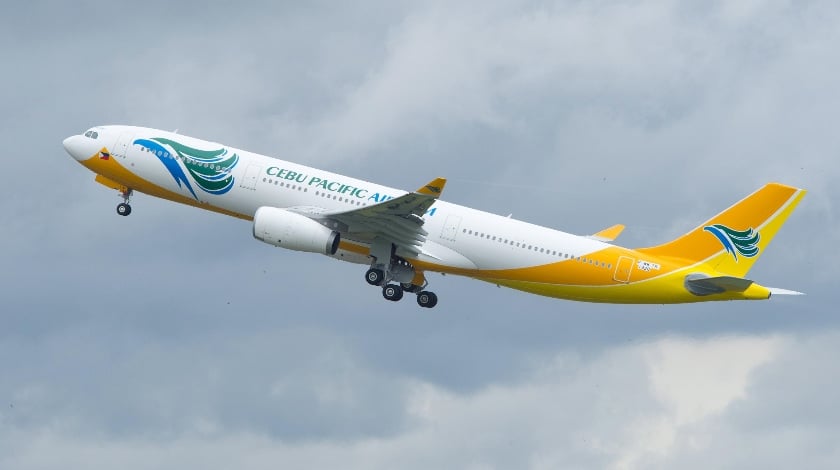 Manila-based Cebu Pacific has placed a firm order with Airbus for two A330-300s. The aircraft will join an existing fleet of six A330s flying with the airline on long range flights to destinations in the Middle East and Australia, as well on selected domestic and regional routes.

“The A330 has proven to be the right choice for our long haul low fare product,” said Lance Gokongwei, Cebu Pacific President and Chief Executive Officer. “The newly ordered aircraft will enable us to add more long haul routes, including the launch of our first flights to the US. We are excited to be expanding our widebody fleet, offering more low fare options for our customers to fly further than ever before.”

“This order from Cebu Pacific is another endorsement of the unrivalled efficiency of the A330 for profitable long haul low cost services,” said John Leahy, Airbus Chief Operating Officer Customers.

“Combining low operating costs, proven reliability and a great passenger experience, the A330 is the clear preferred choice of airlines in this competitive market segment. We are looking forward to working with Cebu Pacific as it grows its long haul services and flies to more destinations across the world.”

Cebu Pacific currently operates 49 Airbus aircraft, including six A330s and a fleet of 43 A320 Family single aisle aircraft flying on its extensive domestic and regional network. In addition to the contract announced today, the airline has 32 latest generation A321neo aircraft on order for future delivery.

The A330 is one of the most popular widebody aircraft ever, having now won over 1,600 orders. Today, over 1,300 aircraft are flying with some 120 airlines worldwide on a wide range of routes, from domestic and regional flights to long range intercontinental services of up to 13 hours. Offering the lowest operating costs in its category, and thanks to continuous investment and innovations, the A330 is the most profitable and best performing aircraft in its class.