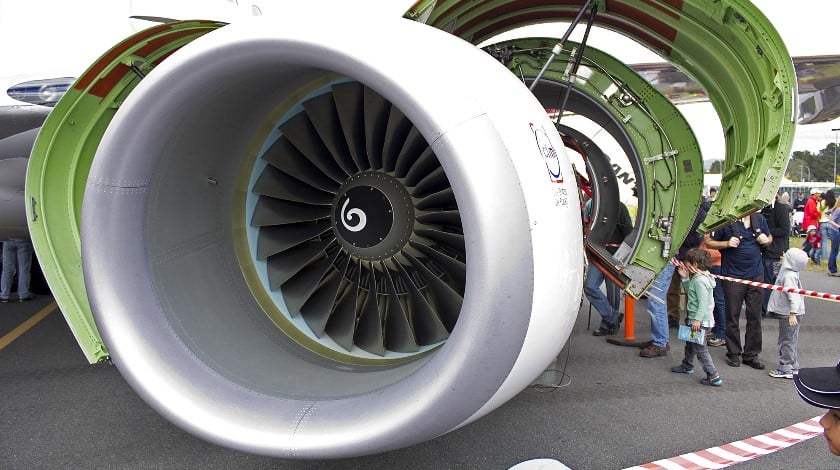 CFM to add 800 engines to production plan driven by increased orders for Airbus, Boeing and COMAC aircraft, CFM International plans to add an extra 800 CFM56 and LEAP engines to its already bulging production plan between 2018 and 2020.

The GE Aviation-Safran joint venture company already expects to deliver 1,900 engines this year, the bulk of which—some 1,400 engines—will be CFM56s, while production of LEAP engines alone is scheduled to reach 2,100 in 2020. On the way there, CFM will make 1,200 LEAPs in 2018 and 1,900 in 2019. It is likely these numbers may be updated to reflect the additional production targets.

The extra engine tally will largely be made up of more CFM56 engines in the first two years and additional LEAPs in the later part of the decade. The change in numbers will come through a stretch-out of CFM56 engines for additional Airbus A320ceo and Boeing 737 Next Generation aircraft that are expected to be announced by Airbus and Boeing at Paris Air Show.

The additional LEAP engines are expected to be for supplemental orders of A320neos, COMAC C919s and additional Boeing 737 MAXs, including the newly launched -10 variant.

“Airbus and Boeing asked us to add a collective 800 engines between now and 2020,” GE Aviation president David Joyce said. Despite the additional load on the already unprecedented production commitment, he added, “We feel pretty good about the ramp-up. It’s not an extrapolation, it’s an interpolation. It is game on and we are ready.”

It is not clear how the additional engines will be reflected in the aircraft ramp-up plans already announced by Airbus and Boeing. Both manufacturers are expecting to increase monthly rates, with Airbus targeting 60 A320s per month by 2019 and Boeing 57 by around the same time.

The additional orders are expected to be revealed at the show this week and will contribute to GE’s growing backlog of $158 billion—some $149 billion of which is for commercial engines. For Paris, “we are eyeballing $15 billion in new business,” Joyce said. “So what’s not to like in this business environment?”