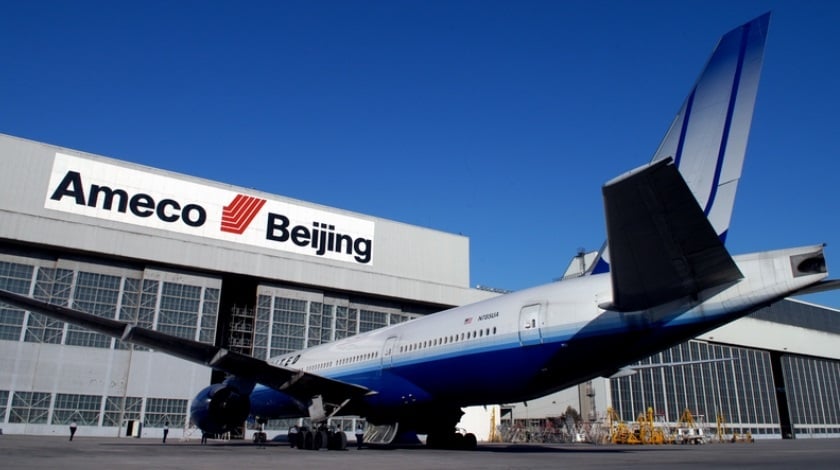 China’s largest MRO company has set its sights on the Middle East as one of the areas for growth in coming years.

Ameco says it wants to increase both its market coverage and capabilities and is planning to increase cooperation with partners on aircraft, engines, components and landing gear, said executive vice-president and chief market officer, Zhu Xiao.

Headquartered in Beijing, Ameco has maintenance bases in 11 Chinese cities. The company says it is increasing its Middle East customer base and is providing heavy maintenance for Iraqi Airways’ wide-body aircraft.

For airframe overhaul, Ameco has added new customers from Iraq and Turkey, as well as several European and Asian clients, as it develops new capabilities on new-generation aircraft such as the Boeing 737MAX, Airbus A350XWB and Airbus A320neo.

It is also expanding its modification and retrofit capabilities, such as passenger-to-freighter conversions on Boeing 757s.

For engine overhaul, Ameco says it has seen rapid growth in its V2500-A5 engine overhaul business, and now performs repairs on thrust reversers for V2500-A5, CFM56-5B, CFM56-7B, CFM56-3 and Trent 700. It plans to invest in a new aircraft-related component workshop.

The company also plans to build up Boeing 787 and Airbus A350 generator capabilities, as well as further expanding its power by the hour (PBH) services.