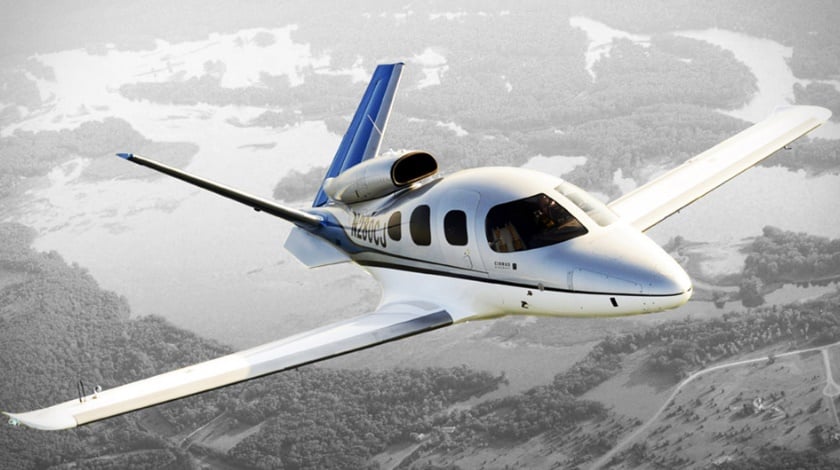 Cirrus Aircraft has delivered the first of its new $2 million Vision SF50 jets.

The first aircraft was delivered to long time Cirrus customer Joe Whisenhunt, an Arkansas based real-estate developer. Launched in 2006 as ‘The Jet’, the SF50 was one of a number of personal jets to be launched around the same time.

Most of the aircraft were cancelled due to the global economic crisis.

The SF50 survived mostly due to the Chinese Government. Although the aircraft first flew in 2008, a lack of capital needed for the certification effort had meant that the aircraft’s development had slowed to a crawl. So much so that Cirrus’ co-founder and former CEO Alan Klapmeier launched a bid to buy the design from the company.

Klapmeier’s bid was unsuccessful. But a few years later the company would be sold wholesale to the Chinese. The new owners AVIC, a subsidiary of CAIGA, who in turn are owned by the Chinese Government, bought the company for $210 million, and promptly invested $100 million in bringing the SF50 to the market.

Cirrus say they have just over 600 orders for the aircraft, and around 80% of people who have ordered the aircraft are current or previous owners of their SR series of turboprop aircraft, or similar types of aircraft from other manufacturers.