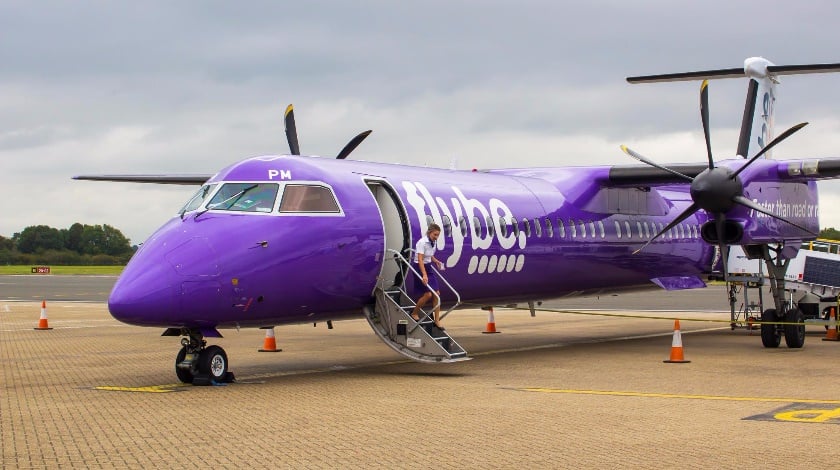 Flybe, a British airline, has announced it entered into administration. All the flights were grounded and “the UK business has ceased trading with immediate effect”, said the statement on the official website of the carrier.

The airline has been struggling for a while. In January Flybe was in talks with the UK government over the financial issues and ways to secure the operations. According to Mark Anderson, the CEO, the company had made “every possible attempt” to prevent it from collapse.

However, it was “unable to overcome significant funding challenges”. Also, Flybe is claimed to be the first airline which ceased operations impacted by the novel coronavirus.

“Flybe’s financial difficulties were longstanding and well documented and pre-date the outbreak of COVID-19”, the UK government spokesperson said in a statement.

Thus, all the plans and optimistic forecasts have been put under pressure both due to financial problems and the global outbreak of the virus.

Now the failed airline asks passengers to “NOT TRAVEL TO THE AIRPORT unless you have arranged an alternative flight with another airline“.

Coronavirus has already highly impacted the aviation industry forcing a number of airlines to cut or reschedule their flights, some airlines had to ground a part of its fleet and ask employees to take an unpaid leave to manage the business.

Depending on the data provided by the International Air Transport Association (IATA), January saw the slowest traffic growth in nearly a decade. Although the major air travel restrictions began only after 23 January, 2020.

“Airlines are experiencing double-digit declines in demand, and on many routes traffic has collapsed. Aircraft are being parked and employees are being asked to take unpaid leave”, said Alexandre de Juniac, IATA’s Director General and CEO.

“January was just the tip of the iceberg in terms of the traffic impacts we are seeing owing to the COVID-19 outbreak”.

de Juniac revealed that the outbreak of the coronavirus would test the resilience of the global aviation industry. And this is just the beginning.