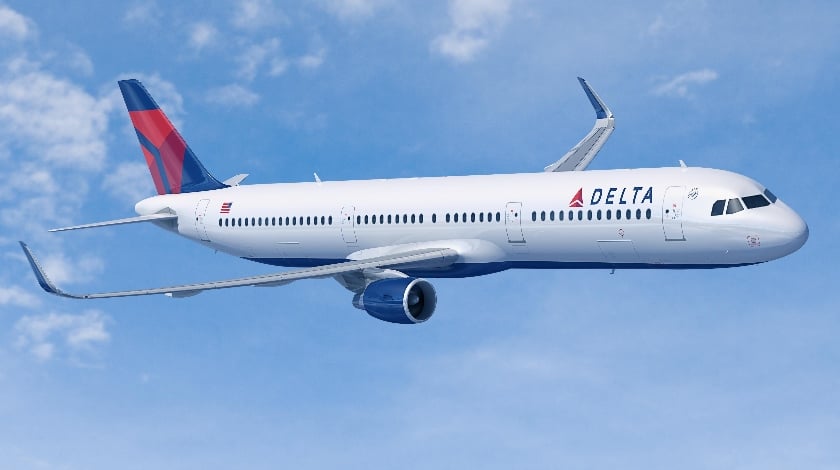 After announcing orders for 30 incremental Airbus A321ceo aircraft just last month, Atlanta, Georgia (U.S.)-based Delta Air Lines has placed an order for 10 more of the aircraft. The agreement was announced at the Paris Air Show.

Like previous Delta orders for the A321, the 10 aircraft announced today are for the Current Engine Option version of the largest Airbus A320 Family member. The airline took delivery of its first A321 in March of last year. Delta now has ordered a total of 122 A321s, each powered by CFM56 engines from CFM International.

“The A321 is fast becoming a favorite aircraft of our customers and employees alike,” said Greg May, Delta’s Senior Vice President – Supply Chain Management and Fleet. “Its excellent operating economics and customer capacity also make it a great fit for our U.S. domestic network.”

“This order for 10 more A321s from Delta shows yet again the confidence this great airline has in this great aircraft,” said John Leahy, Chief Operating Officer – Customers for Airbus Commercial Aircraft. “Passengers, airline crews and investors look to the A320 Family to deliver unsurpassed comfort, economy and reliability. We are most gratified to keep providing Delta with the aircraft platforms on which they can deliver their own, unique brand of ‘service and hospitality from the heart.’”

All of Delta’s A321s feature fuel-saving Sharklets – lightweight composite wingtip devices that offer up to 4 percent fuel-burn savings. This environmental benefit gives airlines the option of extending their range up to 100 nautical miles/185 kilometres or increasing payload capacity by some 1000 pounds/450 kilograms.

Many of Delta’s A321s are being delivered from the Airbus U.S. Manufacturing Facility in Mobile, Alabama. The airline received its first U.S.-manufactured A321 last year. By the end of 2017, the Airbus facility in Mobile is expected to produce four aircraft per month, most going to Airbus’ U.S. customers.

As of the end of May, Delta was flying a fleet of 188 Airbus aircraft, including 146 A320 Family members and 42 A330 widebodies. Later this year, Delta will become the first U.S. airline to operate the new Airbus A350 XWB, or eXtra Wide Body aircraft. Delivery of Delta’s first A350 is slated for this summer.