Did You Know That Airbus Aircraft Have Identical Flight Decks? 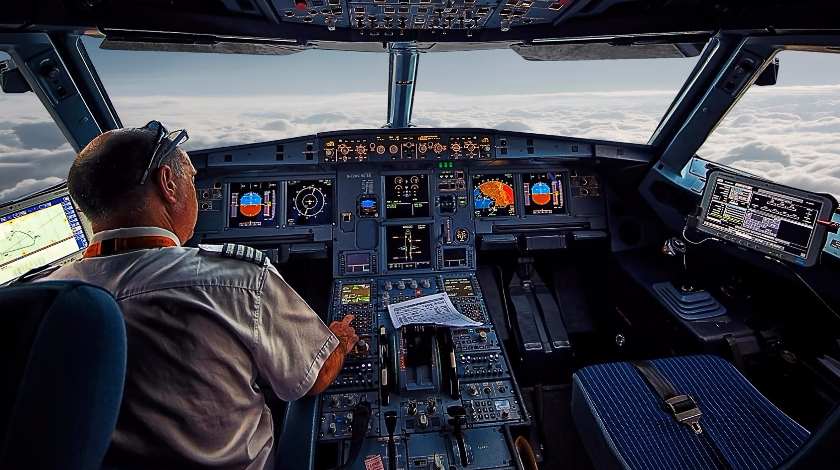 According to aviation regulations, it is forbidden for passengers to visit the pilot cockpit during a flight. However, aviation fans might have this opportunity. Everyone, who has visited different types of Airbus aircraft, has noticed that all of these aircraft decks made them feel as if they were on the same aircraft. And actually, they are right – Airbus flight decks are nearly identical.

Airbus has prioritised commonality throughout its diverse product line since the creation of their first aircraft. The commonality concept was taken to a new level in the 1980s with Airbus’ first single-aisle aircraft, the A320, and the introduction of digital fly-by-wire controls.

Identical cockpits and operating procedures were applied to each of the A320 Family’s versions – the A318, A319, A320 and A321 – allowing pilots to fly all these aircraft with a single type rating.

Nowadays Airbus passenger aircraft (the single-aisle A220 and A320; twin-engine A330 (including its A330-900 and A330-800 variants; new-generation A350 XWB wide-body and double-deck A380) feature nearly identical flight decks and similar handling characteristics.

What Advantages Does This Feature Bring?

Let’s start from advantages for pilots. They are positioned for an easy transition between the A320 Family and Airbus’ larger A330, A340 and A380 aircraft through straightforward and rapid differential training.

Also, Airbus commonality enables Mixed Fleet Flying, that is a pilot’s ability to be current on more than one Airbus fly-by-wire aircraft type at a time.

This means that an A320 Family-qualified pilot can step onto any of the four aircraft at any time – allowing airlines with multiple aircraft family versions to schedule the aircraft best matched to passenger bookings of a specific route on any day, with a range of seating options from 100 to 240 passengers.

The above-mentioned advantages for pilots are benefits for airlines as well. How? All of this leads to lower training costs for airlines and considerably increased crew productivity. Besides, it is more economical for an airline to recruit new pilots who already are Airbus-qualified. Airlines save hundreds of thousands of euros (per aircraft) for pilot training.