Do We Still Have Competition in Aircraft Manufacturing? 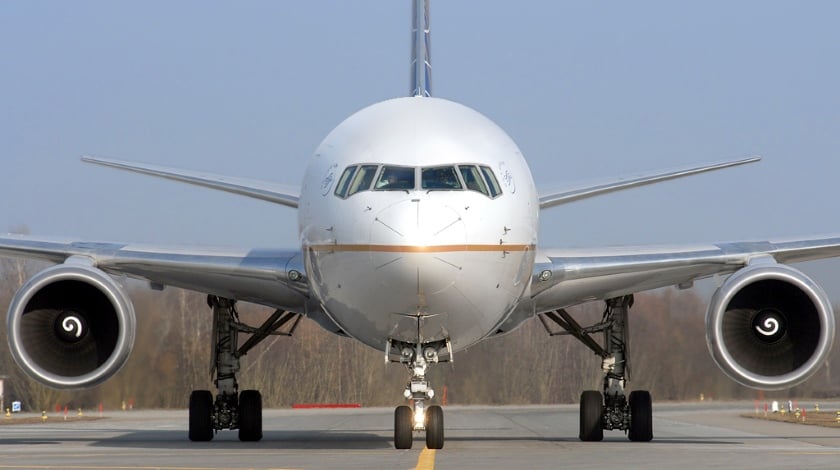 Air travel today is down to a very exact science. When airlines are building their fleets, they have a multitude of factors to consider when carefully selecting which aircraft will best help them accomplish their desired mission.

Passenger volume and route distance will dictate if the airlines need a narrow-body or wide-body but when it comes to choosing an aircraft manufacturer there are significantly fewer choices available,” says Gediminas Ziemelis, Chairman of the Board at Avia Solutions Group.

More specifically, Boeing and Airbus, who control around 90% of worldwide large commercial aircraft production and in 2017, had revenues of €80 billion and €66 billion respectively, are actively seeking to increase their market shares.

The duopoly between Boeing and Airbus is founded on intense competition for small percentages of the market.

These companies were built and are sustained by capitalistic and political forces. Entering the aircraft manufacturing market requires billions of Euros and many years to even get an aircraft to market. This is a substantial risk as sales are not guaranteed so it offers little incentive for investors to pour large amounts of money in a venture that is likely doomed to fail.

Despite Boeing and Airbus being bitter rivals, there are still signs of an overall lack of innovation in commercial aircraft development.

The two newest aircraft from both these rivals, the Boeing 737 MAX and Airbus 320 NEO, are not new developments but just new iterations of old aircraft fitted with a new engine. Innovative leaps in commercial aircraft technology such as the Concord have been replaced by incremental improvements in efficiency and other low-risk investments. The small risks Boeing and Airbus do take are far from being well-executed ideas.

The Boeing 787 Dreamliner was the first airliner to be made of primarily composite materials and weighs 20% less than traditional metallic aircraft. Despite this, Boeing is still losing ~25 Million USD on each Dreamliner it creates.

Airbus is not free from mistakes either, its competitor to the Dreamliner, the A350, was supposed to only take 5 years to develop but ultimately was delivered after 14 years and billions over budget.

Competing with the airline duopoly is an uphill battle. Even companies who do not directly compete with these airlines can become targets. When the airlines started to show interest in smaller regional jets the giants Boeing and Airbus were quick to respond. Not with aircraft of their own, but to acquire smaller companies who produced those aircraft.

Airbus was first to take a 51% stake in regional jet producer Bombardier when it was announced Delta Airlines placed an order for their aircraft.

Boeing was quick in response and is actively in acquisition talks with Brazilian jet manufacturer Embraer. “These moves indicate that Boeing and Airbus are willing to do more than just produce good aircraft in order to preserve their spots on the top of the airline food chain,” says Gediminas Ziemelis.

A shift in the Market

History tells us that new competitors are not the sole reason most monopolies and duopolies fail, but rather, technological and industrial shifts make old companies obsolete. Recent changes to the airline industry seem to indicate that Boeing and Airbus might be no exception to this rule. According to IATA half of the new passengers who will fly over the next 20 years will live in Asia. This massive market opportunity will bring with it the need for new aircraft.

The Chinese market alone is expected to need 6,300 aircraft to meet this growing need. COMAC, a Chinese startup aircraft manufacturer, has geared up production to meet this need with its new C919 and is a direct competitor to Boeing and Airbus.

All of COMAC’s orders have been from within the Chinese market but a recent agreement between China and the Federal Aviation Administration means that both countries can certify regulatory standards for aeronautical products. While there is a long road ahead for COMAC, this agreement is the first step in their aircraft entering US markets and consequently other foreign markets.

Regardless of the form oligopolies come in they usually are not good for the customer as they stifle innovation and ultimately lead to inferior products. In commercial aviation, however, the problem of maintaining competition has an added layer of complexity due to the high safety standards and the amount of time it takes to successfully meet those standards.

Boeing and Airbus have reached the position they are in today through decades of industry experience and between them have produced some of the greatest commercial aircraft that have ever flown.

“Despite the stagnant position these aircraft manufacturers are in today they will have to once again return to innovation if they are to maintain their top spots in the new marketplace that will result from the impending changes that are to come,” concludes Gediminas Ziemelis.

Source: Gediminas Ziemelis, Chairman of the Board at Avia Solutions Group