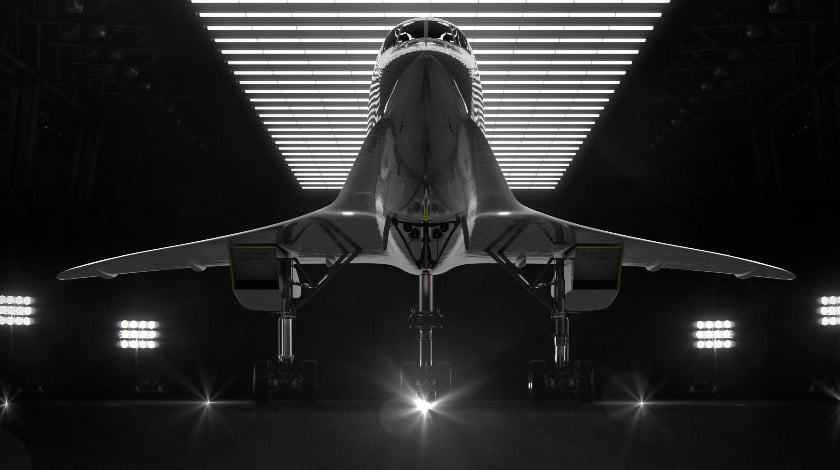 Since the Concorde stopped speeding across the Atlantic in 2003, no supersonic commercial aircraft took into the sky. The aircraft was mainly retired due to the consequences of the 25 July 2000 Air France Concorde crash, lower interest in air travel following 11 September, 2001,events and high operating costs.

However, there were some other key factors that contributed to the closure of this promising program. Among the most important ones were environmental pollution and unacceptable noise levels while gaining the necessary speed.

Just imagine, if the Concorde flew with the supersonic speed over the land, the shock wave on the ground caused a window-rattling detonation.

Now it is almost two decades the world has no commercial aircraft flying at supersonic speeds, even though the battle for the title of the first to break this long-lasting silence is fierce enough.

Nevertheless, to build the fastest passenger jet is not as difficult as to make it eco-friendly. The most troublesome part, therefore, is to make it fit into the modern aviation which is determined to reduce its emissions and become more sustainable.

Boom Supersonic is the company aiming to build a supersonic commercial airliner called Overture. Nevertheless, prior to Overture setting on the supersonic journey, Boom is developing the XB-1 demonstrator, a one-third scale demonstrator plane for Overture.

The XB-1 will be used to ‘prove key technologies for safe, efficient and sustainable supersonic travel’. The program has a global aim to help in the development of the commercial airliner Overture.

The rollout of the XB-1 is scheduled for the summer of 2020. You may ask so what so special about this program is.

Boom is the first commercial aircraft manufacturer which has committed to a carbon-neutral test program. The XB-1 demonstrator will use sustainable aviation fuels on all the levels, from the ground to the air.

“Since Boom’s founding, we’ve been on a mission to make the world dramatically more accessible through supersonic travel,” said Blake Scholl, Founder and CEO of Boom. “With our commitment to a carbon-neutral XB-1 test program, we’re laying the groundwork for a sustainable supersonic future with Overture.”

Carbon-neutral jet fuel for the XB-1 test program will be supplied by Prometheus Fuels, the technology of which ‘economically removes CO2 from the air and uses clean electricity to turn it into jet fuel’.

Is it the beginning of the environmentally-friendly supersonic aircraft era?