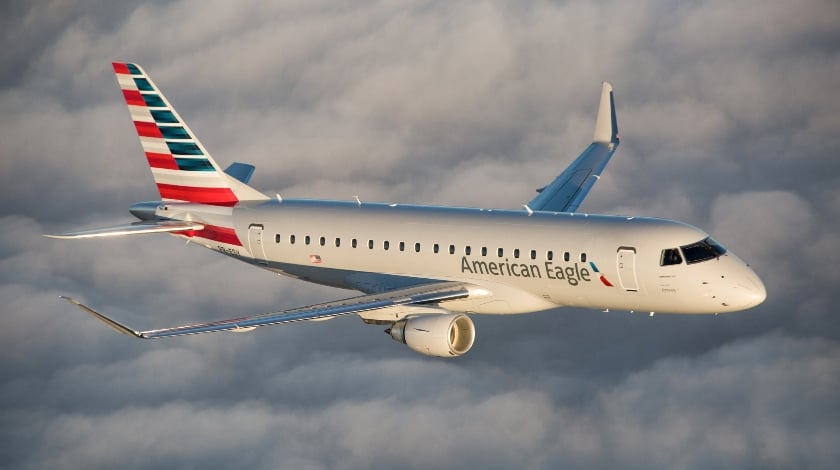 Embraer and American Airlines Inc. signed a firm order for 15 E175 jets with a 76-seat configuration.

The contract has a value of USD 705 million, based on current list prices, and will be included in Embraer’s 2018 second-quarter backlog. Deliveries will take place in 2019 between March and November.

Combined with the airline’s three previous orders for the E175, this new contract results in a total of 89 E175s for American Airlines. The most recent order took place in October 2017 for ten aircraft.

“We are thrilled that the E175 continues to be the right solution for American. This is American’s fourth order for the E175 since 2013 and their repeat order demonstrates how well the aircraft serves their business needs and the confidence they have in our platform,” said Charlie Hillis, Vice President, Sales & Marketing, North America, Embraer Commercial Aviation.

American Airlines selected Envoy, a wholly owned subsidiary of American Airlines Group, to operate the 15 aircraft, which will be configured with a total of 76 seats, being 12 in First Class and 64 in Main Cabin, including Main Cabin Extra seats.

Including this new contract, Embraer has sold more than 400 E175s to airlines in North America since January 2013, earning more than 80% of all orders in this 76-seat jet segment.

Since entering revenue service, the E-Jets family has received more than 1,800 orders and over 1,400 aircraft have been delivered. Today, E-Jets are flying in the fleet of 70 customers in 50 countries. The versatile 70 to 150-seat family is flying with low-cost airlines as well as with regional and mainline carriers.