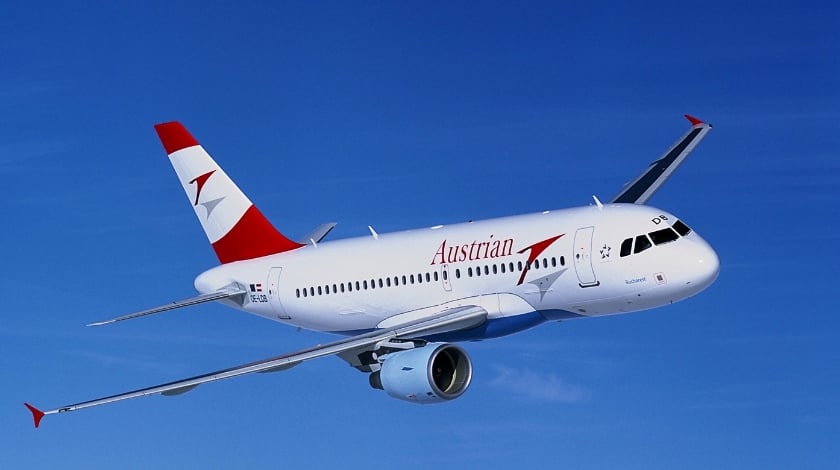 Austrian Airlines (OS, Vienna) has announced several changes and cut-backs to its summer schedule after a lack of suitably qualified flight crew, needed to operate its incoming fleet of seventeen EMB-195s, forced a recent series of flight cancellations.

“Austrian Airlines has hired a total of 110 pilots over the last twelve months. As a result, the flagship carrier now employs about 1,000 pilots. The underlying problem is that about 10% of all pilots cannot yet be deployed due to the elaborate trainings, attributable to the career model of the collective wage agreement, which are carried out over a period of three to six months,” it said in a statement.

“Accordingly, the airline does not have standby reserves at its disposal in the case of the short-term unavailability of crews. The measures described … are designed to enable Austrian Airlines to build up these standby reserves for the summer season.”

Austrian is expecting a total of seventeen EMB-195s from fellow Lufthansa (LH, Frankfurt Int’l) subsidiary, Lufthansa CityLine (CL, Munich), for use in replacing its fleet of fifteen Fokker 100s and six Fokker 70s. But, with nine so far delivered, only six are currently operational. The remaining eight are expected to be deployed by the end of next year.

As such, for the duration of July and August, Austrian will reduce its 23,000 planned flights by 300 by reducing frequencies on select multiple-daily rotations to destinations such as Bucharest Otopeni, Prague, Sofia, and Zagreb. Affected passengers will receive rebooking proposals during the upcoming days and weeks. Long-haul and charter flights will not be affected.