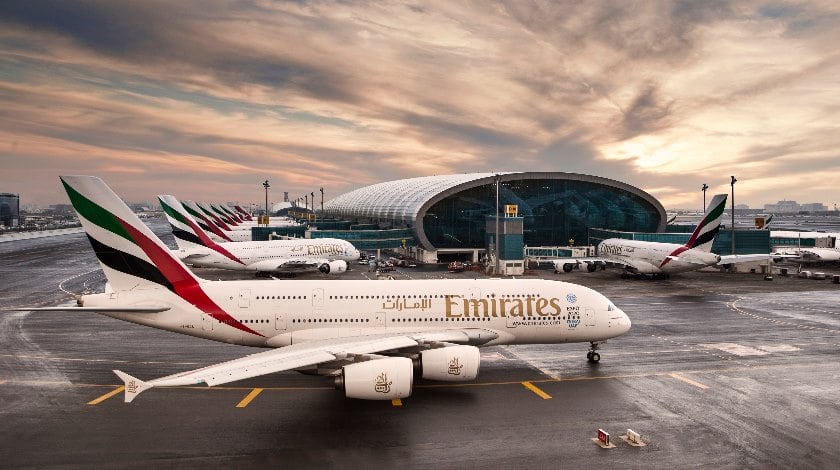 Emirates airline has changed pilot and flight attendant rosters on flights to the United States following the sudden US travel ban on seven Muslim-majority countries, highlighting the challenges facing airlines trying to deal with the new rules.

The world’s largest long-haul carrier, which flies daily to 11 US cities, has made “the necessary adjustments to our crewing, to comply with the latest requirements,” an Emirates spokeswoman told Reuters by email on Sunday. She added US flights continue to operate to schedule.

President Donald Trump on Friday suspended the entry of people from Iran, Iraq, Libya, Somalia, Sudan, Syria and Yemen. The decision caught airlines off guard, according to the International Air Transport Association.

“I cannot think of anything comparable. This brings a mix of administrative confusion, impact and uncertainty for many travellers as well as practical operational headaches and complexities for airlines in planning their flight programmes,” independent aviation consultant John Strickland told Reuters.

The ban applies to pilots and flight attendants from the seven countries, even though all flight crew who are not US citizens already need a special visa to enter the country.

Nicoley Baublies, from the German cabin crew union UFO, said the move was very unusual and meant uncertainty for airlines in terms of planning.

“Lufthansa has always ensured it has very diverse crews, with staff of different nationalities and that means that we are for the first time in decades having to look at where people come from,” he told Reuters at Frankfurt airport.

A spokesman for Lufthansa said on Sunday it was too early to comment on the effects of the order but that airlines and passengers were required to follow the new rules.

Another Emirates spokeswoman said the impact of the ban on operations would be minimal. The airline employs over 23,000 flight attendants and about 4,000 pilots from around the world, including the United States, Europe and the Middle East.

Meanwhile, a spokesman for Etihad Airways of Abu Dhabi said the airline had “taken steps to ensure there will be no issues for flights departing over the coming weeks”.

Japan Airlines (JAL) on Monday said it had begun screening passengers from the countries affected by Mr Trump’s travel ban before their departure for the United States.

JAL officials would contact the US Customs and Border Protection agency to confirm whether pasengers would be allowed entry, a spokesman for Japan’s second-biggest carrier said.

It is unclear if the ban applies to dual nationals – those who hold one passport from a country on the list and another from a non-US country that is not.

Etihad said on its website that dual citizens could travel to the US using their non-banned passport. Iata have told its members that the ban does not apply to dual nationals if they have a passport not on the list, according to an email seen by Reuters.

However, the Guardian reported on Saturday, quoting State Department officials, that dual nationals were banned.

US officials said on Sunday holders of green cards need to check with a US consulate and will be cleared on a case by case basis.

On Sunday, Iata sent another email to member airlines, seen by Reuters, asking for examples of Green Card holders being denied boarding. It also said it was seeking more information from authorities in Washington.

Baublies said the uncertainty over the rules was not helping.

“Trump reacts in 140 characters, we don’t know what it means – for people with the wrong entries in their passports or with dual nationality or married to someone from one of the countries affected, are they allowed to travel?” There are also concerns the restrictions could dampen travel demand. “Ultimately this could feed through to the role airlines play in the global economy in supporting business and tourism due to as yet unquantifiable impacts on demand & cost,”Strickland said.

Mr Baublies said airlines were usually among the first affected by global crises.

“We hope it doesn’t mean that seats are left empty because people don’t know where they can travel with which passport.”

Dubai-based Emirates and Etihad Airways are both owned by the governments of the United Arab Emirates, a US ally and Muslim-majority country.

Both carriers said they would continue to comply with the new rules on US immigration but where possible would offer to refund or rebook affected passengers.

Emirates and Etihad have also said that passengers were affected by the ban over the weekend but their flight crews had not been impacted.

Qatar Airways declined to comment on the impact of the ban on flight operations, although on Saturday it issued a statement on its website that passengers would need a green card or diplomatic visa to enter the US Emirates and Etihad issued similar statements.